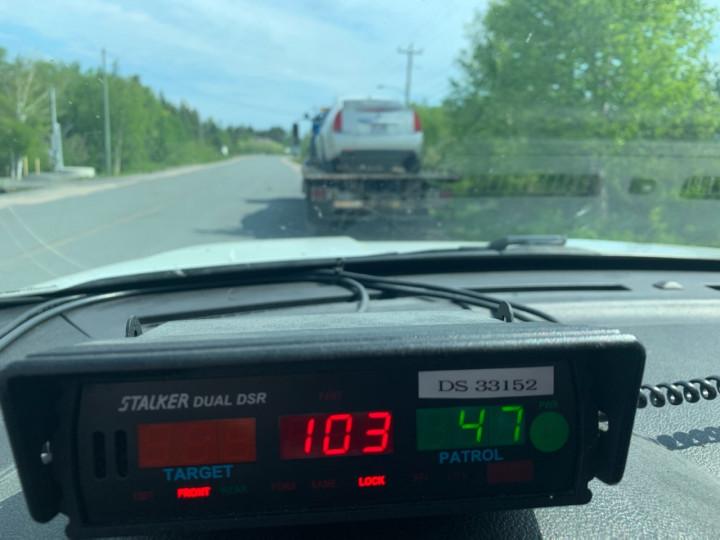 Two drivers are without their vehicles following traffic stops conducted in Sandringham by Glovertown RCMP on June 8, 2021.

On Tuesday morning, Glovertown RCMP was on patrol in Sandringham and observed a speeding vehicle. A traffic stop was conducted and the driver, a 58-year-old man, was found to be suspended from driving. He was ticketed for speeding and driving with a suspended licence and his vehicle was seized and impounded.

A short time later, the same officer was travelling back through Sandringham and observed a car travelling at an excessive rate of speed in a residential area. The speed was obtained using radar as 103 km/h in the 50 km/h zone. The driver, a 53-year-old man, was ticketed for the excessive speed and his licence was suspended. The car was seized and impounded.

Speeding, especially in a residential area, places everyone at unnecessary risk. RCMP NL continues to fulfill its mandate to protect public safety, enforce the law, and ensure the delivery of priority policing services in Newfoundland and Labrador.