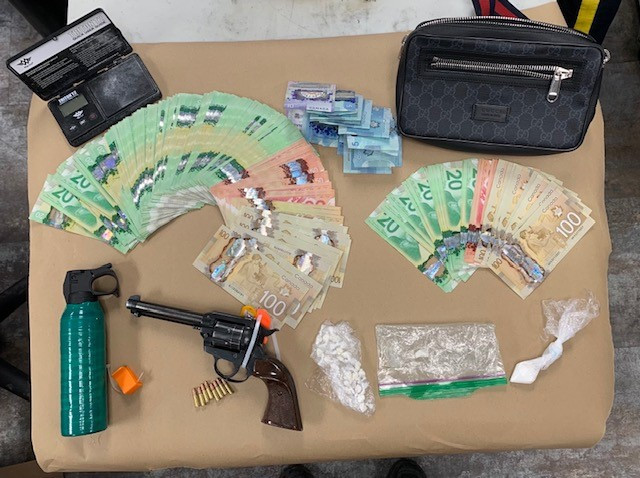 On June 29, 2021, as a result of an ongoing investigation, Flin Flon RCMP, with multiple RCMP units assisting, executed a search warrant at a residence located on Aspen Grove in the City of Flin Flon.

As a result of this search, officers seized a quantity of cocaine, a loaded revolver, cash and drug-related paraphernalia.

The investigation has resulted in the arrest of two males from Winnipeg, a 20-year-old and a 17-year-old.

The 17-year-old male was found to have multiple warrants out for his arrest and he was remanded into custody. The 20-year-old male was released for court scheduled July 15 in Flin Flon. Both accused are facing numerous drug and weapon-related offences.