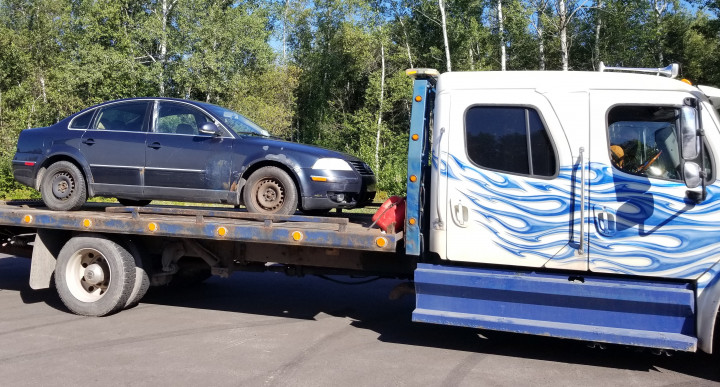 The New Brunswick RCMP conducted recent traffic enforcement in Dieppe, Moncton and Riverview, resulting in more than 75 traffic violations being issued and 18 vehicles being towed.

On September 8, 2021, police conducted an enforcement operation targeting unsafe and modified vehicles in Dieppe, Moncton and Riverview. The operation was led by the New Brunswick RCMP's Tactical Traffic Enforcement Unit (TTEU), with assistance from the Codiac Regional RCMP and the Department of Justice and Public Safety.

During the operation, 18 vehicles were towed and 78 charges under the New Brunswick Motor Vehicle Act were issued. These included 75 traffic violation tickets and three driver's license suspensions. The traffic violations were issued for offences ranging from failure to stop for a school bus with red lights flashing, speeding in a school zone, and using a hand-held electronic device while driving.

In addition, nine vehicles were found to be modified from their original manufactured state. "Any modification that is made to a vehicle has the potential to affect its handling and predictability," said Sgt. Mario Maillet with the TTEU. "Modified vehicles are required to be certified by a professional engineer in addition to regular provincial inspection requirements."

The RCMP's TTEU conducts regular, targeted traffic enforcement on roadways throughout the province with the goals of improving road safety, educating motorists about the rules, and to reduce serious injury and fatal collisions.