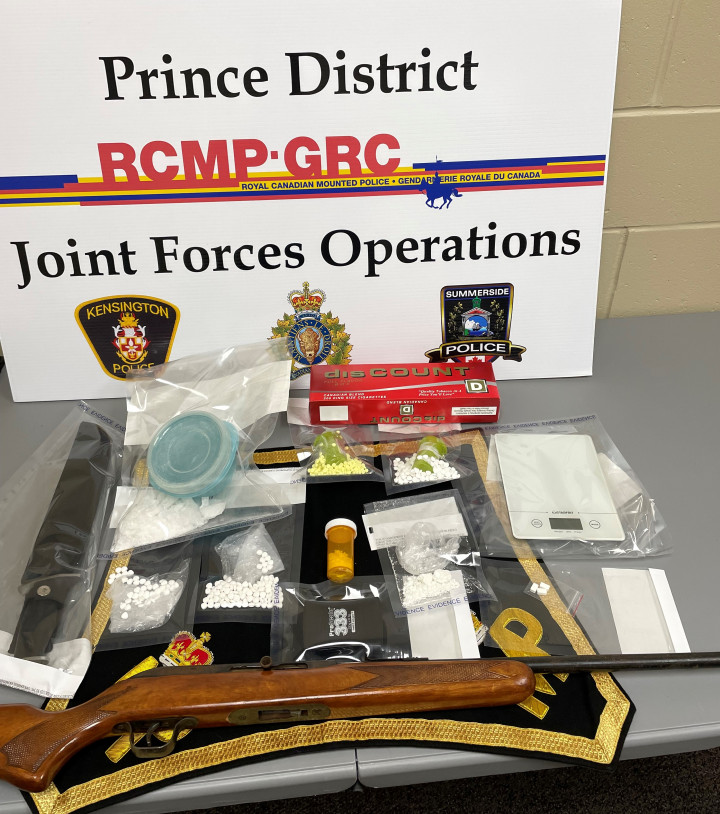 A 62-year-old man has been arrested in connection with a police seizure of drugs and a firearm in Norboro, PEI, near Kensington.

On July 9, 2021, a 62-year-old man was arrested in connection with a drug trafficking investigation. Later the same day, members of the Prince District Joint Forces Operations Drug Unit executed a search warrant at a home in Norboro. During the course of the search, police seized 629 tablets of what is believed to be hydromorphone, as well as what are believed to be 98 grams of crystal methamphetamine, 29 methamphetamine tablets, and 14 grams of cocaine. Police also seized approximated 9,800 contraband cigarettes, as well as a small quantity of Canadian currency, and an unsecured firearm.

The public plays an important role in helping to reduce, prevent and solve crime, including the trafficking of illegal drugs. Anyone with information about, or who suspects, illegal drug or firearm activity in their neighbourhood is asked to contact the Prince District Joint Forces Operations Drug Unit at 902-436-9300. Information can also be provided anonymously through Crime Stoppers at 1-800-222-TIPS (8477).