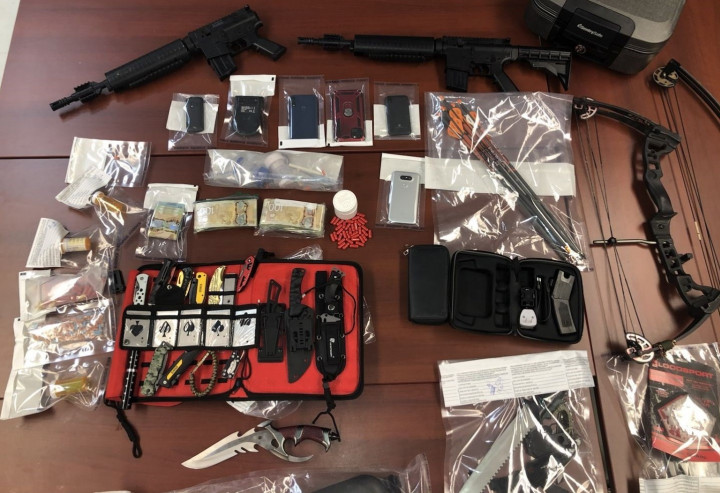 The Codiac Regional RCMP has seized drugs and prohibited weapons following the execution of a search warrant in Moncton, N.B.

On May 2, 2021, police attended a residence on St. George Street as part of an ongoing investigation into stolen property. While at the home, police observed drugs and prohibited weapons in plain sight. Members secured the location, and executed a search warrant later that day in relation to the drugs and weapons. Police seized prohibited weapons including a conducted energy weapon (Taser), a set of brass knuckles and several prohibited knives, as well as Airsoft rifles and money. Quantities of what are believed to be hydromorphone pills and various prescription drugs were also seized. A 38-year-old man from Moncton was arrested at the scene.

Joseph-Paul Corey Hart appeared in Moncton Provincial Court on May 3 and was charged with possession of hydromorphone for the purpose of trafficking. He was remanded into custody and is scheduled to return to court on May 5, for a bail hearing.