Can you help identify a suspect in an arson investigation? 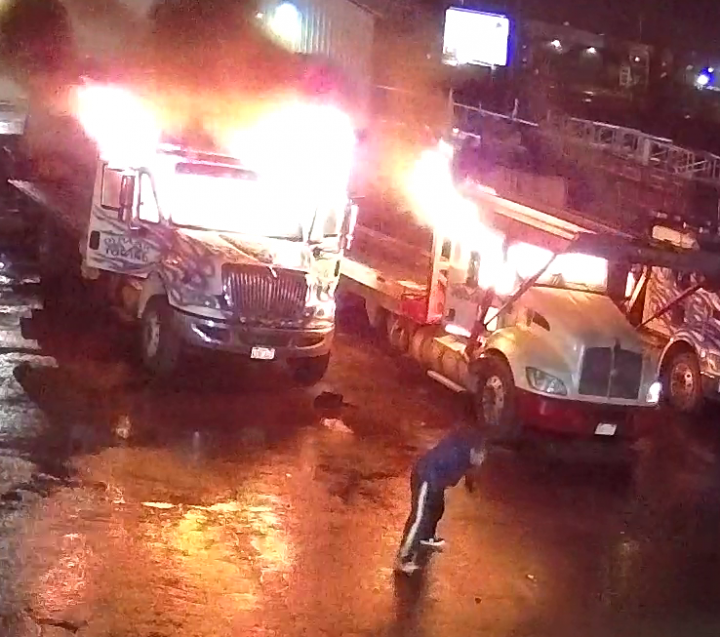 The Codiac Regional RCMP is releasing surveillance video photos of a suspect possibly connected to an arson that occurred last year in an industrial park in Moncton, N.B.

Four tow trucks were set on fire. The fire was reported to police on April 6, 2020, shortly before 5 a.m. The vehicles were in a secured compound of a business on Halifax Street. The business was closed at the time.

In an effort to advance the investigation, the RCMP is releasing surveillance video photos showing an individual in the compound moments after the fire was set. The person is seen wearing a blue hooded sweater, black track pants with a white stripe on the side and white sneakers.

Anyone with information about this fire, who recognizes the individual, or who may have seen someone in the area during the early morning hours of April 6, 2020, is asked to contact the Codiac Regional RCMP at 506-857-2400.