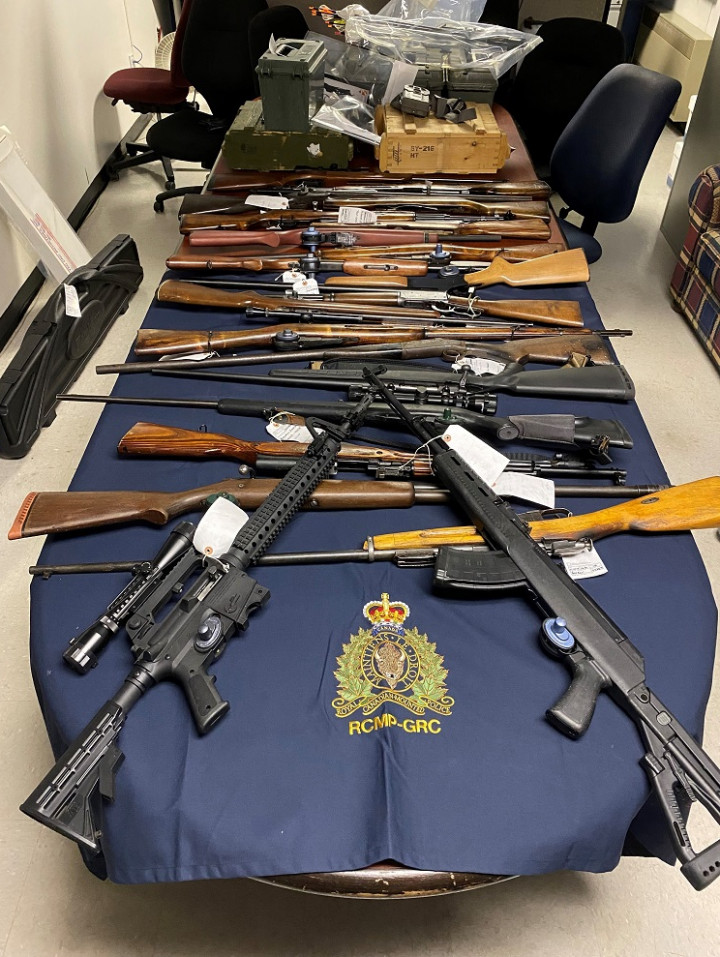 The investigation began on July 26, 2021, when police received the initial information alleging that Brinston, who is prohibited from the possession of firearms, was in violation of his prohibition.

On Wednesday of this week, police conducted a traffic stop to take Brinston into custody. A loaded, prohibited firearm was found within arms reach of Brinston and a second firearm and ammunition were also located inside the vehicle.

Shortly after Brinston was taken into custody, Burin Peninsula RCMP, with the assistance of the RCMP Emergency Response Team, Police Dog Services, Tactical Support Group, General Investigation Section, Traffic Services, Forensic Identification Services, executed search warrants at two properties in the Marystown and Winterland areas. These searches resulted in the seizure of numerous firearms, some of which are prohibited, along with a number of prohibited devices, and several thousand rounds of ammunition.

Brinston, who is charged with 58 firearms related offences, appeared in court today and has been remanded into custody. His next court appearance is set for September 21, 2021, for the purpose of a bail hearing.