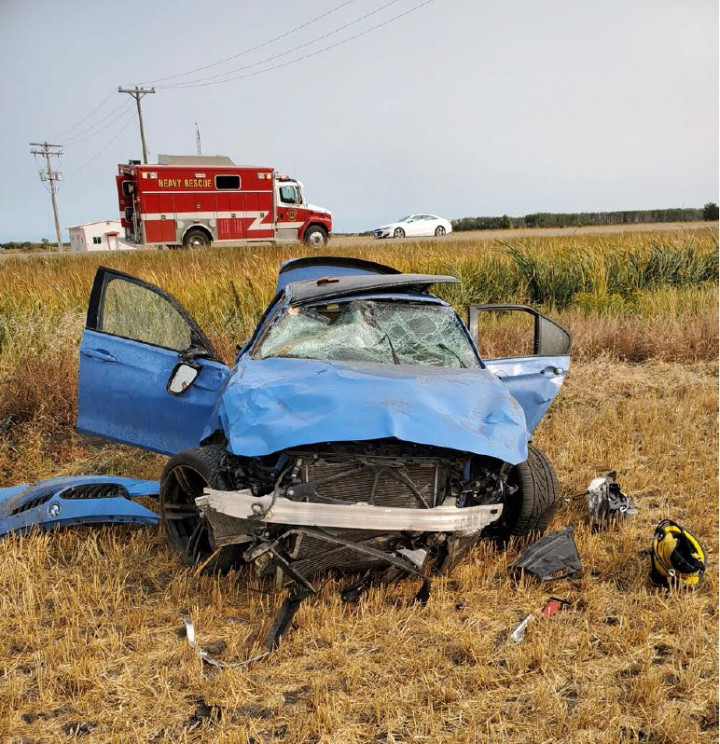 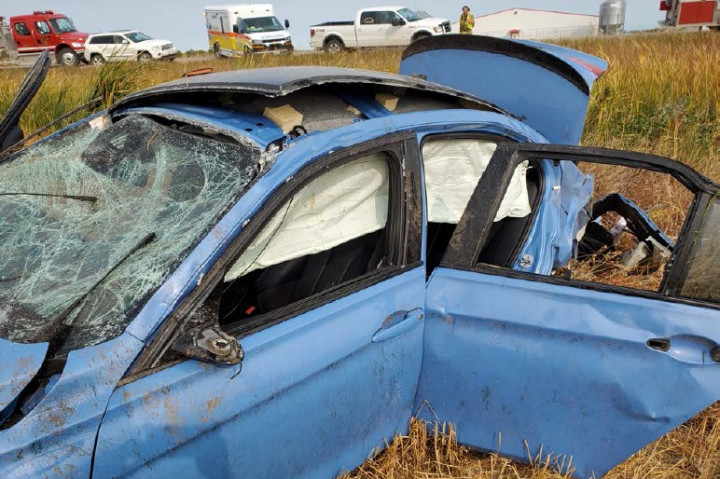 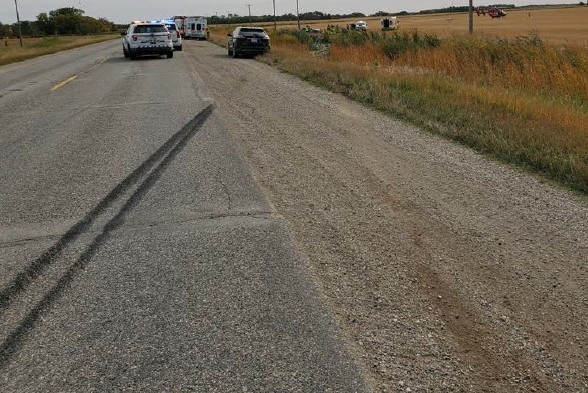 The investigation has determined that a BMW and a Chevy Malibu, travelling at excessive speeds, were heading east on Highway 2 when they came upon another vehicle in the eastbound lane. Rather than slow down, the two vehicles attempted to simultaneously pass, with Chevy Malibu going into the westbound lane of traffic and the BMW going onto the gravel shoulder.

Shortly afterwards, the driver of the BMW lost control and rolled the vehicle several times resulting in injuries to the three passengers:

The driver of the vehicle, a 21-year-old male, was not injured.

Speed is considered to be a factor in this collision.

"Our officers are encountering more and more reckless drivers who are endangering the lives of every single person on our roads" said Sergeant Mark Hume of the Manitoba RCMP Traffic Services. "Speeding along with extremely dangerous driving behaviours are directly leading to serious injuries and deaths across the province. This has to stop."