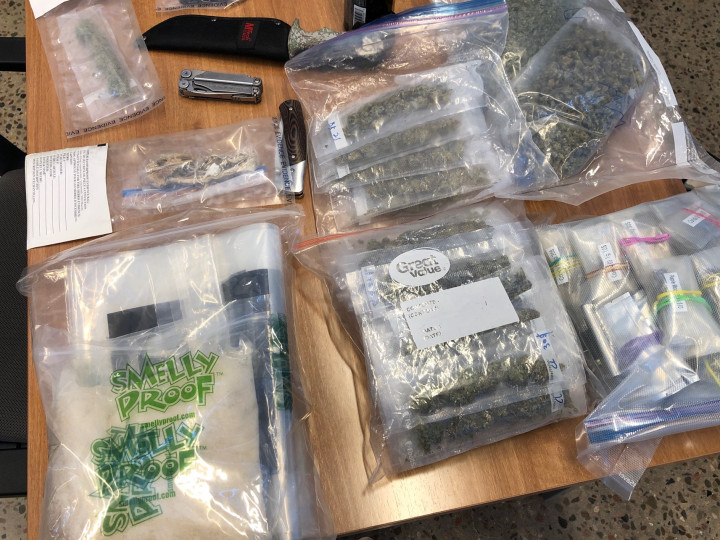 During the afternoon of March 21, 2020, the Saskatchewan RCMP Roving Traffic Unit was patrolling Highway 16 near Maidstone. In the middle of the afternoon, police observed an eastbound vehicle travelling at a high rate of speed. The vehicle was stopped.

While speaking with the lone male occupant of the vehicle, police developed reasonable grounds to believe that the driver was in possession of illegal drugs. The vehicle was searched.

The search of the vehicle revealed:

The driver, 26-year-old Chase Matthew Bagan, has been charged with: possession of cannabis for the purpose of distribution, possession of psilocybin, possession of a weapon for a dangerous purpose and carrying a concealed weapon.