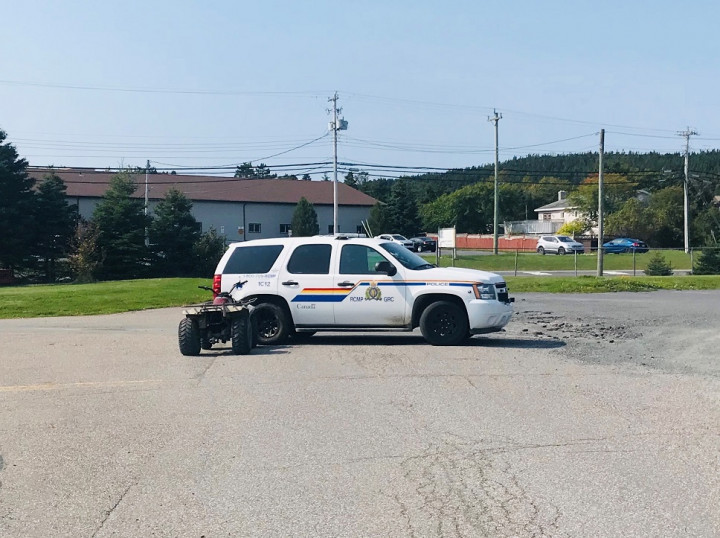 RCMP Traffic Services is investigating a collision that occurred on September 10, 2020, between an all-terrain vehicle (ATV) and a police vehicle.

At approximately 11:30 a.m. RCMP Traffic Services were conducting traffic enforcement in a school zone in Harbour Grace. Police saw an ATV being operated on school property in an erratic manner. An officer entered the school parking lot and searched for the ATV which was no longer in sight. The officer parked the patrol vehicle on the lot and continued to monitor traffic. The ATV returned and accelerated through the parking lot and struck the police vehicle.

The 15-year-old driver of the ATV, who accidentally struck the police SUV, was thrown from the quad and then fled on foot. The officer pursued on foot and took the teen into custody, a short distance away. The youth was transported to the local hospital with minor injuries. The matter remains under investigation and charges against the teen are expected.

RCMP NL recognizes the concerns surrounding the illegal use of all-terrain vehicles and remains committed to maintaining safety in our communities and schools.