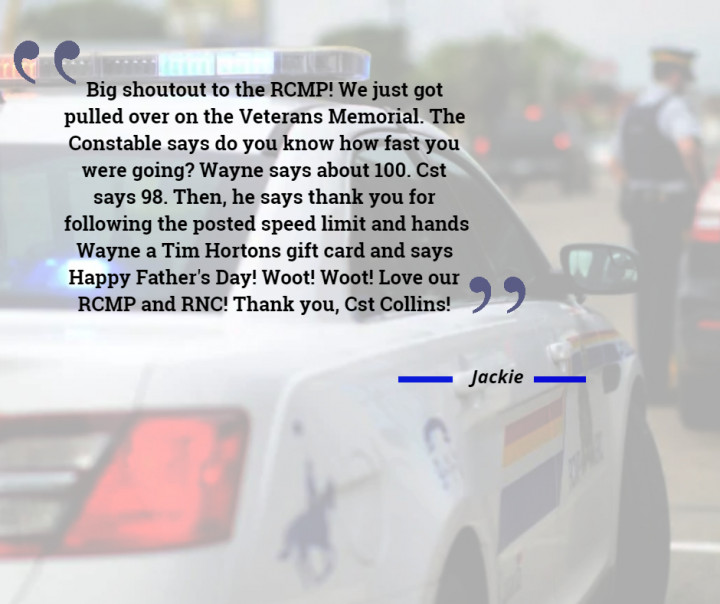 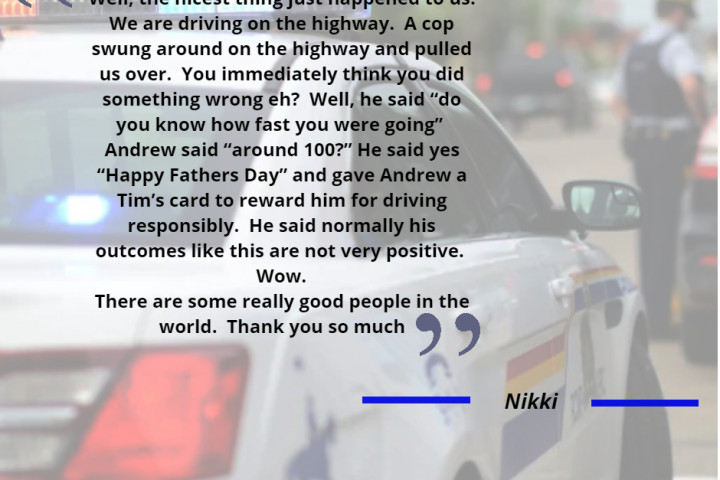 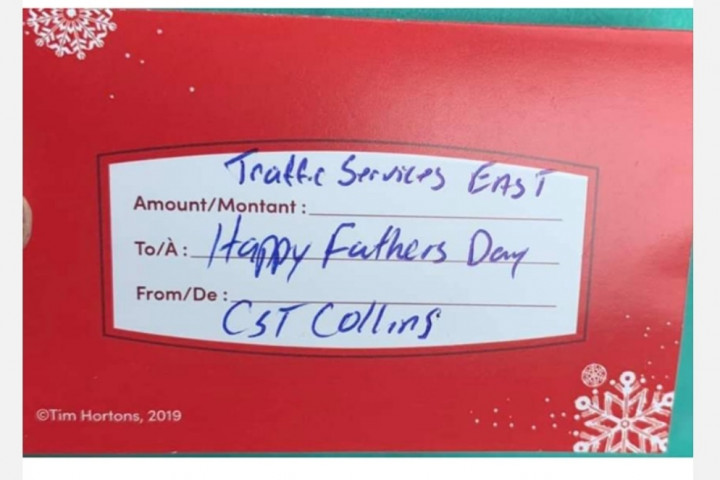 On Father's Day, Constable (Cst.) John Collins, who is a father himself, started his shift wanting to do something different to honor the memory of two very important men in his life, his father and his father-in-law. He took to the highway, like any other shift, looking for drivers breaking the law but also sought out drivers who were driving within the law.

While on patrol, Cst. Collins observed a man driving along Veteran's Memorial Highway. He conducted a traffic stop, spoke to the driver and asked the driver if he knew the speed at which he was travelling. The driver responded that he was going about 100 km/hr.

A second driver was also pulled over by Cst. Collins for driving within the speed limit and was asked if he knew how fast he was driving. The driver responded that he was driving approximately 100 km/hr.

In both cases, the drivers were correct and both were issued a Tim Hortons gift card from Cst. Colllins for being lawful drivers and were let go from the traffic stop with wishes for a safe and happy Father's Day.

On the same day, Cst. Collins was on patrol on the Trans-Canada Highway when he observed a vehicle travelling at a high rate of speed west of Whitbourne. He activated the radar and obtained the vehicle's speed as 163 km/hr. The driver, a 28-year-old Point Lance man, was issued a ticket for speeding. His driver's licence was suspended and the vehicle was seized and impounded.

While the RCMP regularly removes aggressive drivers from the province's roadways, there are many more who are following the law - thank you to all the good drivers!