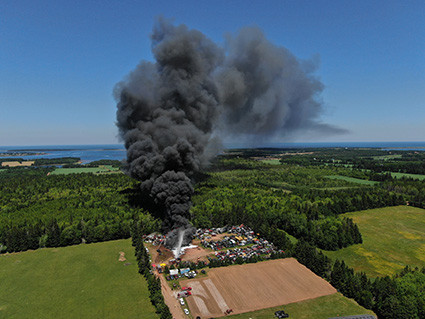 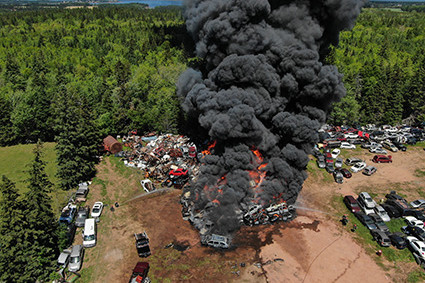 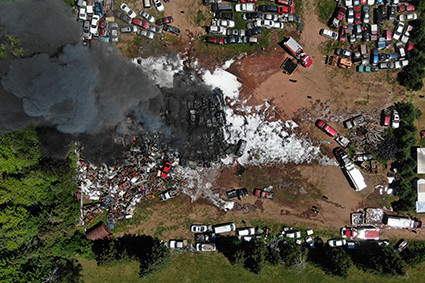 On the morning of Monday, June 22nd, RCMP responded to a fire in a scrap yard in Oyster Bed Bridge along with fire departments from New Glasgow, North River and North Shore. Island EMS was also on scene for precautionary measures.

Route 223 was closed for some time as first responders to the scene tended to the fire which is now considered to be under control.

RCMP would like to thank the travelling public for their patience during the road closure.

The Fire Marshal's office is continuing its investigation into the cause of the fire.