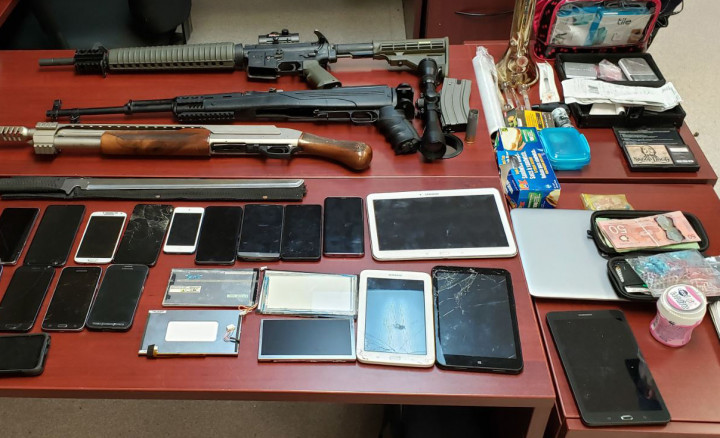 During the course of the vehicle stop, a simple equipment violation turned into a drug trafficking and possession investigation due to several factors that will be presented as part of the court process. A search of the vehicle resulted in the seizure of 32.5 grams of fentanyl, 8.1 grams of methamphetamine, 4.1 grams of cocaine, $2100 in Canadian currency, and three firearms. One of the firearms was identified as a simulation training rifle belonging to the Department of National Defence*.

The three occupants of the vehicles were arrested. 36-year-old Conridge Desjarlais, 34-year-old Trisha Sitter and 28-year-old Callie Sparvier, all from Regina, are charged with:

Desjarlais is held in custody and is scheduled to make his second court appearance in Regina Provincial Court on Friday, June 26, 2020.

Sitter and Sparvier are scheduled to appear in Provincial Court in Regina on August 26.

Several agencies were involved in the investigation including the Military Police from the Moose Jaw Canadian Forces Base, RCMP Federal Serious and Organized Crime South and the Regina Police Service's Property Crimes Unit. Saskatchewan RCMP would like to thank all agencies involved for their assistance in the ongoing investigation.