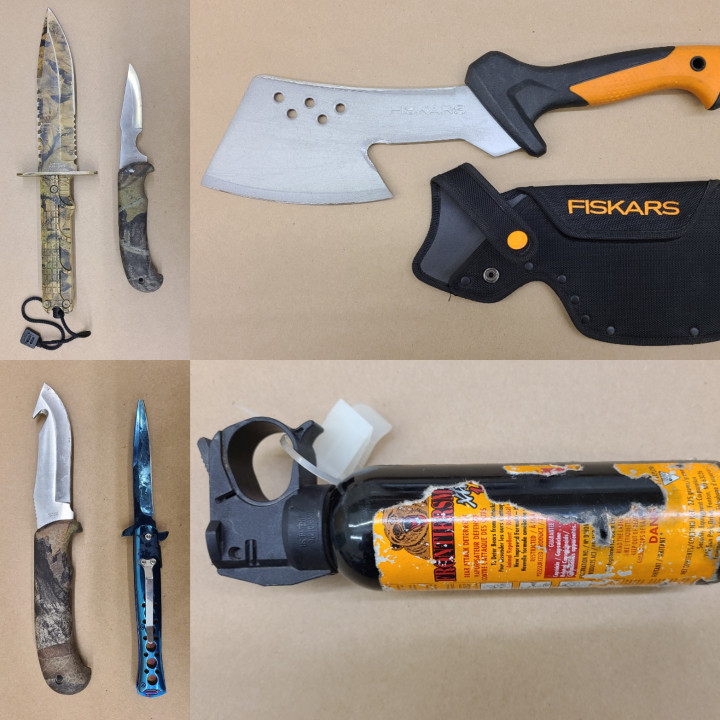 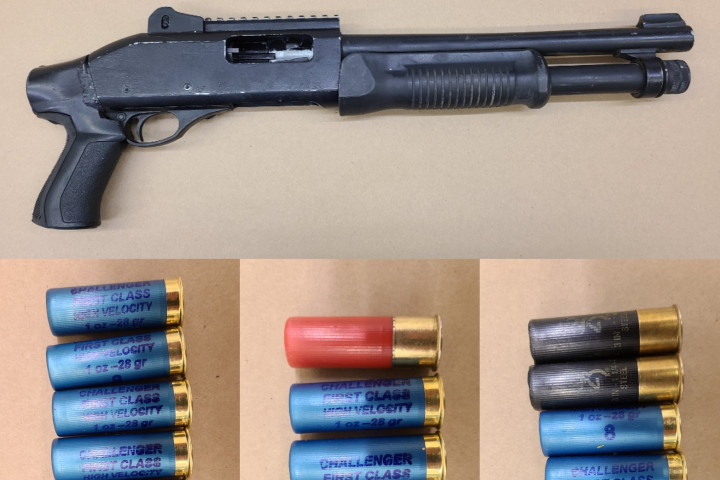 On Sept. 29, 2020 at 1:15 p.m., Leduc RCMP received a complaint of a road rage incident on Highway 2 in Leduc, during which a male in a black BMW car pointed a firearm at another motorist. Members from Leduc RCMP conducted extensive patrols; however, the BMW was not located.

RCMP CAD CRU continued surveillance on the BMW and a short time later, once the occupants of the BMW exited the car at a residence, along with the assistance of members of Leduc RCMP Drug Section, the three occupants of the vehicle were arrested.

A search of the BMW resulted in the seizure of the following items: a quantity of suspected stolen ID; a loaded, prohibited, sawed off pump action 12-gauge shotgun; bear spray; several knives. Possession of these items were in contravention of release conditions that all three individuals were bound in relation to previous charges. One of the occupants was found to be in possession of a small quantity of methamphetamine.

The 38-year-old female and the 45-year-old male are additionally charged with:

The 36-year-old male is facing the following additional charges:

The RCMP investigation into the initial road rage incident continues.

Leduc RCMP are asking the public's assistance for any information in relation to this incident (or identifying those responsible). Please contact Leduc RCMP at 780-980-7200 or your local police. If you wish to remain anonymous, you can contact Crime Stoppers at 1-800-222-8477 (TIPS), online at www.P3Tips.com or by using the "P3 Tips" app available through the Apple App or Google Play Store.