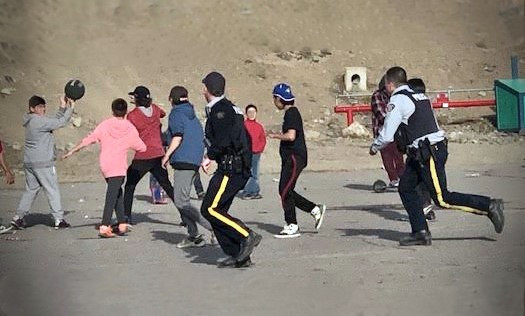 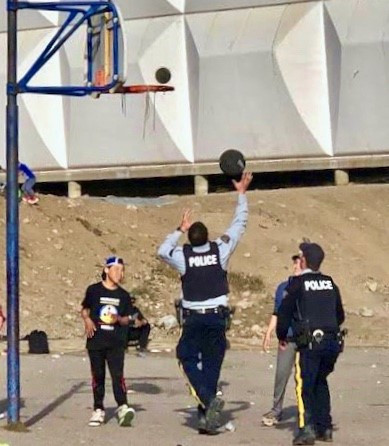 This past Saturday September 12, 2020, Iqaluit RCMP officers Cst. Gregory Beauchamp and his partner were on a regular routine patrol on a beautiful sunny day when they noticed a group of youth playing basketball at the Nakasuk school basketball court. After a brief moment of watching and cheering them on, both officers took the opportunity and accepted the challenge on a friendly game against the kids.

It was evident the kids were seasoned basketball players and both officers realized they had to step up their game. After a few air balls and missed alley-oops both officers found their game and managed to bury some jumpers and the occasional shot with "nothing but net". Although the game did not have an official running tally or score both officers and the kids had fun and made for a great time. The officers are expected to return with extra players and continue the fun and friendly game.