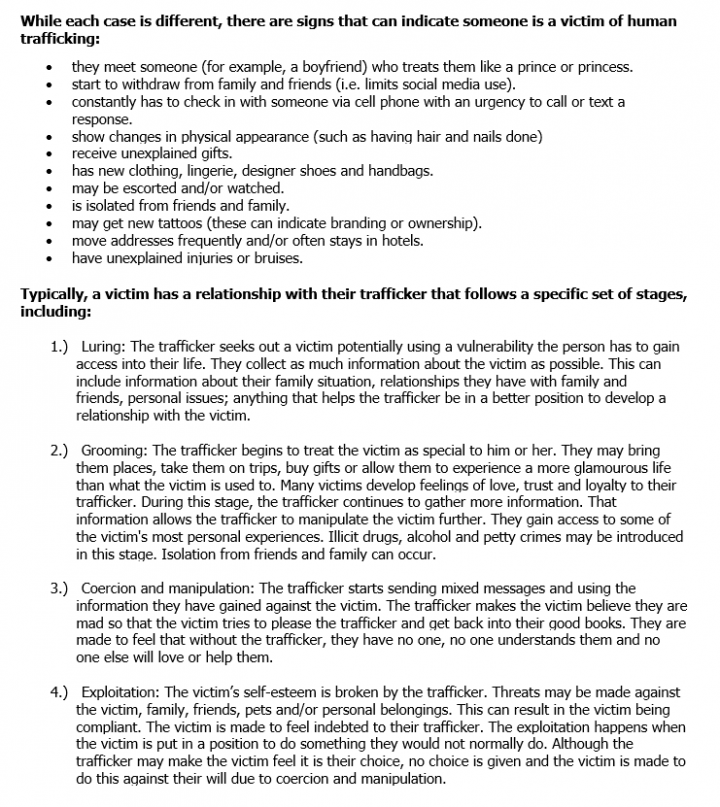 The Provincial Human Trafficking Team received information that persons in the Pictou County area were attempting to target and recruit young women from the area into Human Trafficking. In response to this, the Provincial Human Trafficking Team lead Operation Hush in conjunction with Nova Scotia RCMP, New Glasgow Regional Police (NGRP), Pictou County Integrated Street Crime Enforcement Unit (PCISCEU) and Stellarton Police Service (SPS). The Operation lead to the arrest and charge of three men for the following offences:

John Robert Bonnar, 21, from Pictou County was charged with:

He was remanded into custody, appeared in Pictou Provincial Court yesterday and is scheduled to return to court on June 22.

Justin Stanley MacDonald, 22, from New Glasgow was charged with Sexual Assault, Sexual Interference and Breach of Probation. He was released from custody by a Justice of the Peace on conditions. He is schedule to appear in Pictou Provincial Court on August 17.

The victims have been offered support and a Publication Ban was issued by the Provincial Court Judge in relation to all matters.

If you are or have been trafficked, or believe someone you know is being trafficked, the RCMP has a support line you can call or text. It is monitored 24 hours a day by a police officer: 902-449-2425. The callers can choose to leave their information anonymously. Anonymous calls can also be made by contacting Nova Scotia Crime Stoppers at 1-800-222-TIPS, submit a secure web tip at www.crimestoppers.ns.ca or by using the P3 Tips app.