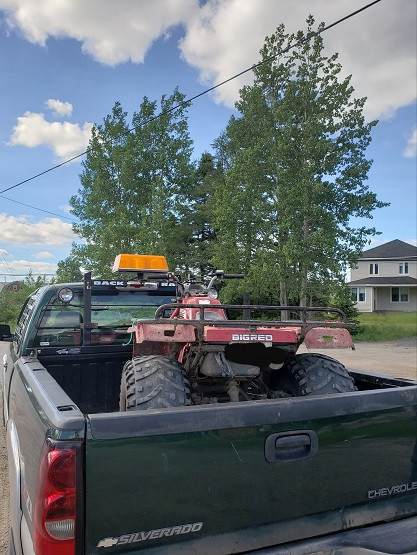 A 16-year-old youth was ticketed and his all-terrain vehicle (ATV) was seized following a traffic stop by Glovertown RCMP on June 24, 2020.

At approximately 4:30 p.m., police observed a three-wheeled "trike" (ATV) driving on Main Street in Glovertown at a high rate of speed. The officer recognized the ATV from previous reports to police. A traffic stop was conducted and the driver, who did not possess a valid driver's license, had no insurance policy for the ATV.

The Honda Big Red ATV was seized and impounded and the driver was ticketed under the Motorized Snow Vehicles and All-Terrain Vehicles Act for driving an ATV on a highway without a driver's license.