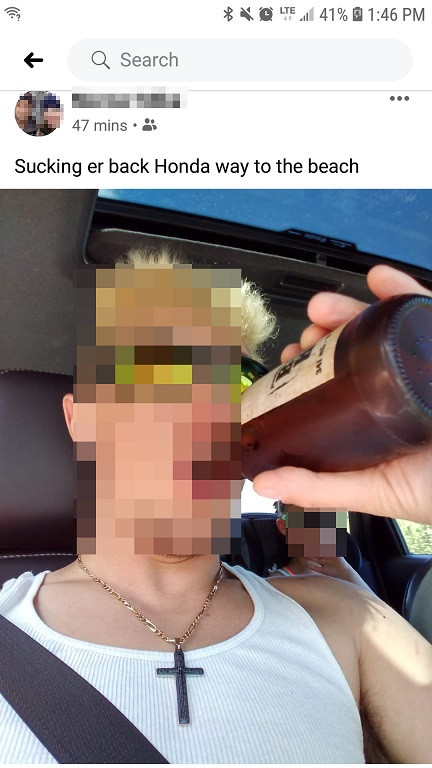 A Gambo man is facing charges following a social media post of open alcohol in a vehicle, reported to police on June 23, 2020.

At approximately 2:00 p.m., Glovertown RCMP received a report that a man had posted a picture of himself on his Facebook account with open alcohol in a vehicle. The picture showed the man drinking a beer while in the front passenger seat of a car, with a young child in the backseat. The photo was captioned "sucking 'er back Honda way to the beach."

Glovertown RCMP located the man a short while later travelling as a passenger in a van, leaving Eastport Beach. Police conducted a traffic stop to speak to the man and found a small amount of open cannabis in the van in contravention of the Cannabis Control Act. The man was ticketed under the Liquor Control Act of Newfoundland and Labrador for having open liquor in a vehicle. He was warned for having unsealed Cannabis readily available within the vehicle and the cannabis was seized under the Cannabis Control Act.

RCMP NL reminds the public it is illegal to have open alcohol within a vehicle or cannabis that is unsealed or readily available to any occupant within the vehicle.