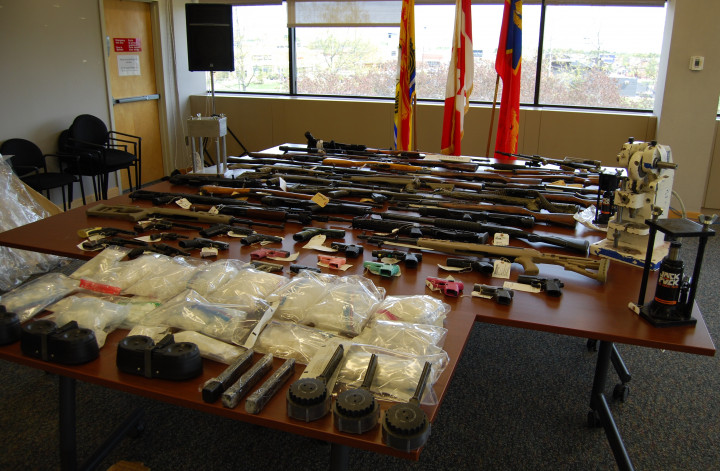 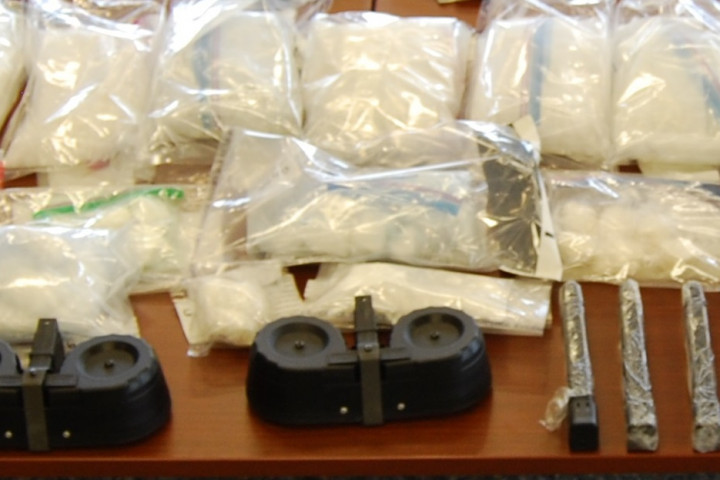 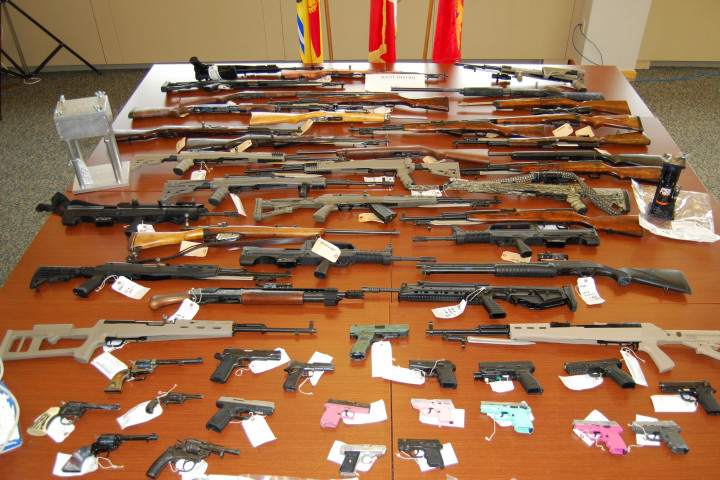 More than 185 items and illegal substances, including 53 firearms, ammunition, what is believed to be methamphetamine and cocaine, as well as Canadian currency have been seized, and two women arrested, in connection with an ongoing investigation.

On May 19, 2020, members of the Keswick RCMP responded to a report of two vehicles on fire in the driveway of a home on Route 635. The fires are believed to have been deliberately set.

As a result of the investigation into the fires, a search warrant was obtained and executed at the home on the property the following day.

With the assistance of the New Brunswick RCMP West District Crime Reduction Unit, police seized more more than 185 items, including 31 long guns and 22 handguns, among them 24 prohibited and/or restricted weapons. Many of the firearms were loaded, and some had serial numbers removed.

"This is a large quantity of dangerous drugs and firearms that have been safely removed from our communities," says Cpl. Jullie Rogers-Marsh of the New Brunswick RCMP. "This is an ongoing investigation and police are encouraging anyone with information that could assist investigators to contact police or Crime Stoppers."

As a result of the investigation, a warrant of arrest had been issued for 27-year-old Monique Boyer for possession of a prohibited or restricted firearm with ammunition, without a licence or registration. She was arrested without incident on the evening of May 25, and appeared in Fredericton Provincial Court by phone on May 26. She was remanded into custody and is scheduled to return to court on May 29 for a bail hearing.

A 41-year-old woman was also arrested at the residence on May 19 and later released on an undertaking.

Anyone with information that may assist in the investigation is asked to contact the West District Crime Reduction Unit at 506-357-4300. Information can also be provided through Crime Stoppers at 1-800-222-TIPS (8477) or www.crimenb.ca.