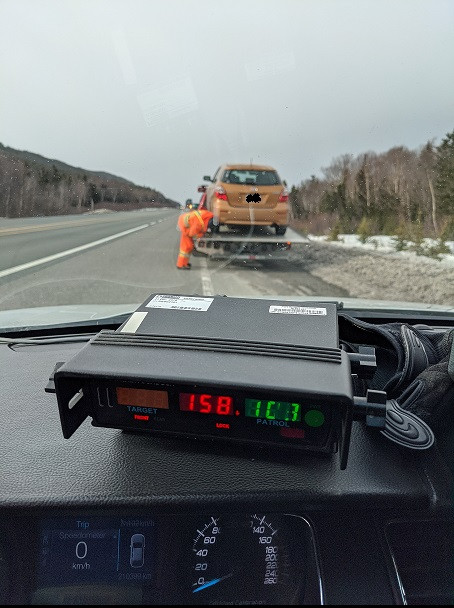 A 35-year-old Milltown man will need to make alternative arrangements for transportation after Clarenville RCMP seized and impounded his vehicle and suspended his driver's licence, following a traffic stop on the Trans-Canada Highway near Adeytown.

On March 22, 2020, shortly after 3:30 p.m., Clarenville RCMP received a report of an aggressive driver who was reported passing vehicles on solid lines and driving at dangerous speeds. Police were in the area of the call and located the described vehicle minutes later, traveling at a high rate of speed. Police radar displayed the vehicle's highest speed as 161 kms/hr. The officer locked in a radar reading of 158 kms/hr and conducted a traffic stop.

The driver, who possesses a novice driver's licence, was ticketed for speeding more than 51 kms/hr above the posted speed limit.