In 2019, National Division once again opened its heart to the community

National Division employees once again demonstrated their great generosity through various initiatives to help their community throughout 2019. They donated thousands of hours of their time, whether it was for schools, sports groups, during the spring floods or by organizing fundraisers. Once again this year, they made the Division proud!

Here are some of the initiatives in which employees took part in 2019.

As part of Family Day activities, $542.40 was raised for the Rod Robin Equestrian Foundation, an organization that offers a form of therapy using horses as support partners. 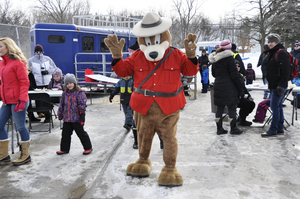 On March 30, members of the senior management team took part in the Crush it for Cancer fitness challenge. The Bustling Mounties surpassed their goal by raising $4,160 for cancer research. 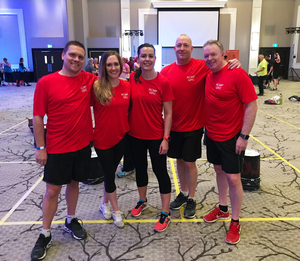 For the start of classes, 12 boxes of school supplies were delivered to the Vanier Community Church for children in need.

Several activities such as the bake sale and book sale were organized for the Government of Canada Workplace Charitable Campaign. In October, National Division also collected 64 boxes of gently used clothing during the Campaign: 32 boxes of children's clothing were given to Chez Mère Bruyère and 32 boxes of adult clothing were distributed to Maison Marie-Louise and the ODAWA Native Friendship Centre.

In support of male cancer awareness and in memory of their colleague, Cpl. Marc Gabriel, the Prime Minister Protection Detailparticipated in the Movember movement and $5,100 was donated to the cause! 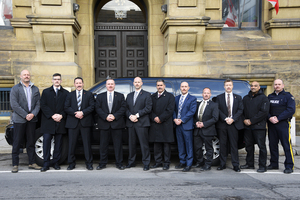 Several initiatives took place around the holiday season. Once again this year, 24 boxes of non-perishable food, one for each day of December, were filled for families in need in the region.

The Sensitive and International Investigations teams made a difference for 4 families in the region by raising over $2,600 for the creation of Christmas baskets.

For the third year in a row, the "Cram the cruiser" event organized by the Protective Operations Response Unit was a great success. Members raised over $25,000 in gifts and cash for CHEO and Toy Mountain. Not stopping there in their mission, some of the members of the group also volunteered their time by going to Toy Mountain's Ottawa office to sort through all the gifts.

Thank you to all the National Division employees who once again made a difference in their communities this year!