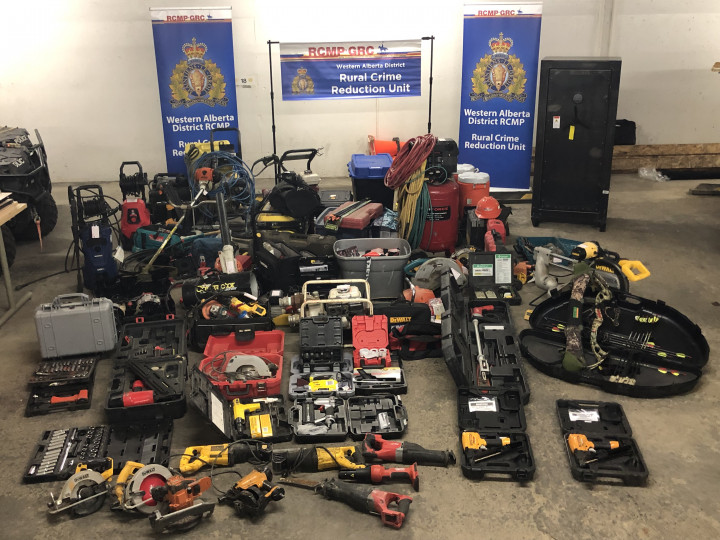 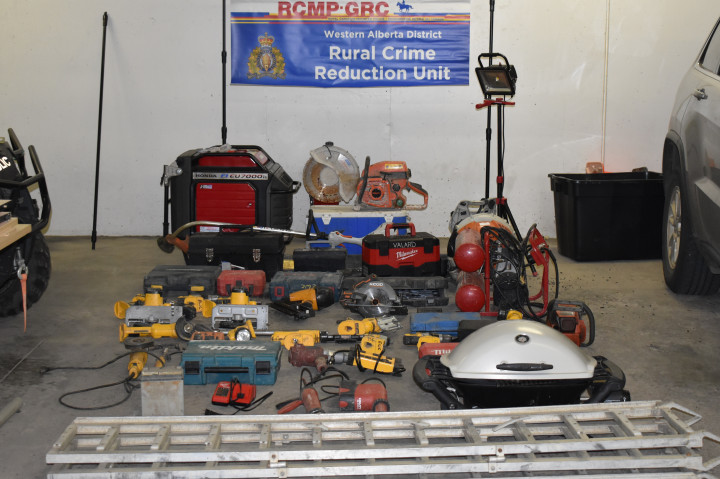 On Aug. 27, 2019, members of the Western Alberta District Rural Crime Reduction Unit (RCRU) located and arrested two suspects in relation to a rural crime spree which had occurred over a period of approximately 10 days.

RCMP located the pair at a campsite in the MD of Greenview, where they recovered a stolen pickup truck, a stolen travel trailer, a stolen quad, and thousands of dollars' worth of stolen property. Following the arrest, police executed a search warrant at a storage unit in Clairmont and recovered a significant quantity of stolen property believed to have been obtained from multiple rural break and enters that occurred over the past several weeks.

A 30-year-old male, of Grande Prairie, and 23-year-old female, of Grande Prairie have been charged with a total of 24 Criminal Code offenses, including multiple counts of Possession of Stolen Property, multiple counts of Fail to Comply with Recognizance, and Possession of Break-In Instruments. The male was also charged with Resist Arrest and Assault with A Weapon after attempting to evade arrest. In addition, the pair was also charged with Assault with a Weapon after a rural homeowner and his dog were bear sprayed after confronting them near his property on Aug. 24. Police anticipate that several additional charges will be laid in upcoming days in relation to the search of the storage unit.

Both individuals had previously been charged by RCRU after being found in a stolen truck on Aug. 11, 2019 and were out on bail at the time of their arrest.

The individuals have been remanded into custody and are due in Grande Prairie Provincial Court on September 9, 2019.

"These arrests were the result of targeted effort to locate the suspects after RCRU members were able to link several incidents that occurred in the northeast area of the County of Grande Prairie after residents reported multiple events involving the same vehicle and suspect descriptions", says Cpl. Chris Power of WAD RCRU. "We strongly encourage residents to report crime and suspicious activity in rural Alberta so we can identify specific areas where a spike in crime may be occurring and focus our efforts on identifying, arresting, and prosecuting those responsible".

RCRU is also requesting assistance to identify the owners of a large portion of the stolen property. Recovered items include generators, pressure washers, air compressors, power tools, a gun safe, and survey equipment. If you have been a victim of recent property crime and believe some of your property may have been recovered, please contact RCRU by calling 780-831-2382.