Vehicle collisions cause of 24 deaths this year; RCMP NL appeals to motorists 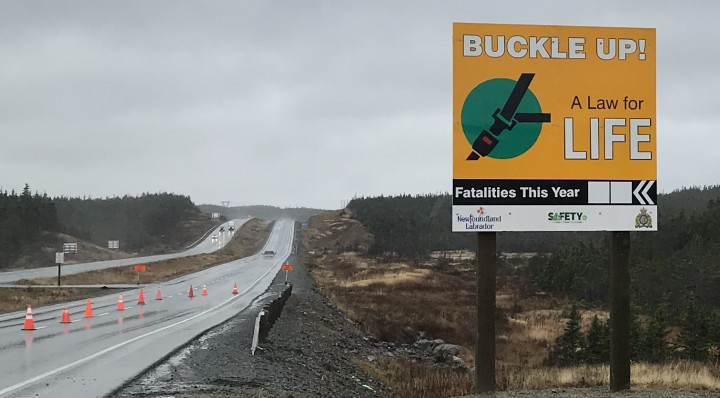 Since January, 2019, 24 people have died in 18 vehicle collisions in RCMP NL areas of responsibility in the province. The tragic loss of life is compounded by the fact that many of the deaths could have been prevented. Staff Sergeant David Ossinger, head of RCMP NL Traffic Services, appeals to motorists to realize the life-changing consequences of their decisions when behind the wheel.

"A number of the deaths caused by vehicle collisions were, without a doubt, preventable," said Staff Sergeant Ossinger. "Of the twenty-four people who died, thirteen were not wearing seatbelts. Five of the drivers involved in fatal collisions this year were under the influence of alcohol and/or drugs, four of whom died. As well, 50 per cent of the fatal collisions we responded to involved vehicles crossing the center line into the path of an oncoming vehicle, which could signal impaired driving, distracted driving, or both."

RCMP NL works with multiple partners focused on improving road safety, including the Department of Transportation and Works. Recently, new highway signs were erected by the Department in the Eastern, Central and Western regions of the province. The signs indicate the number of fatalities on the roadways of the province for the current year. The RCMP welcomes the signage and hopes the numbers will resonate with the public.

"We believe the public needs to be startled by the extent of the loss of life already experienced on our roadways this year, which will hopefully influence their driving behaviour," said Staff Sergeant Ossinger. "With the Christmas season upon us, there will be an increased presence of traffic on the highways, with many people traveling to shop and visit friends and family. We want to ensure that the loved ones waiting for you don't instead see a police officer at their door."

Motorists are urged to please buckle up, use caution when driving, do not get behind the wheel after consuming alcohol or drugs, follow the rules of the road and adjust driving speeds to current weather and road conditions. RCMP NL remains committed to road safety and will continue enforcement targeting aggressive and impaired drivers and seat belt compliance.