Statement from the Assistant Commissioner Jane MacLatchy, Commanding Officer of the Manitoba RCMP: 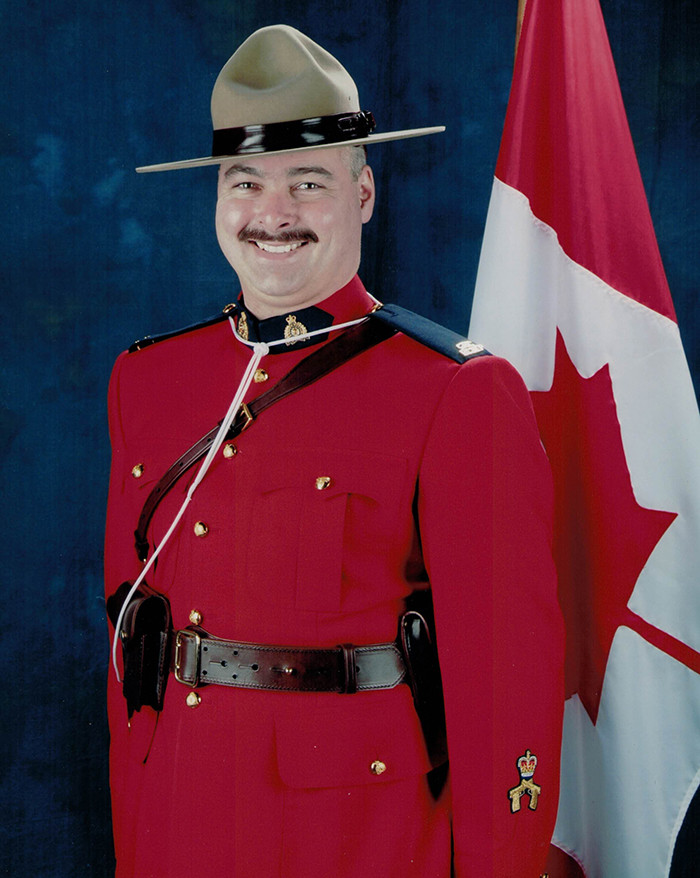 Today is an extremely difficult day for the Manitoba RCMP as we mourn the on-duty death of one of our own – Cst. Allan Poapst.

It appears at this time, that yesterday, just after 4:00pm, Cst. Poapst was travelling westbound on the Perimeter Highway just east of Highway 7, when a pickup truck, travelling eastbound on the Perimeter, crossed the median and collided with Cst. Poapst's RCMP vehicle. He was pronounced deceased on scene. The driver and passenger in the pickup truck were transported to hospital with injuries.

The investigation as to how and why the collision occurred is ongoing and the RCMP is being assisted by the Winnipeg Police Service.

Cst. Poapst, the proud father of three teenaged girls, was five days away from serving 13 years with the RCMP.

He was a dedicated officer who worked hard to serve Manitobans. In fact, after graduating from Depot in 2006, all of his service with the RCMP was spent within Manitoba. His postings included Portage la Prairie, Powerview, and the Court Liaison Unit based out of Headingley.

He was well liked by members across the Force and a massive Blue Bombers fan. He recently realized a dream when he attended the Grey Cup game in Calgary, and watched his beloved Blue Bombers win – bringing the Cup back to Winnipeg.

Allan was also known for his passion for the Winnipeg Jets and all things hockey. He volunteered with the True North's Foundation - Jets Training Academy for youth and was an avid player and a key organizer in many police and fire hockey tournaments.

To Allan's family, friends and loved ones, you have our deepest condolences and please know that your police family will always be there for you.

The family is grieving and they have asked to be given some time and privacy during this extremely difficult time.

Allan is gone but he will never be forgotten by the many officers who worked by his side and by the people of Manitoba who he so proudly served.