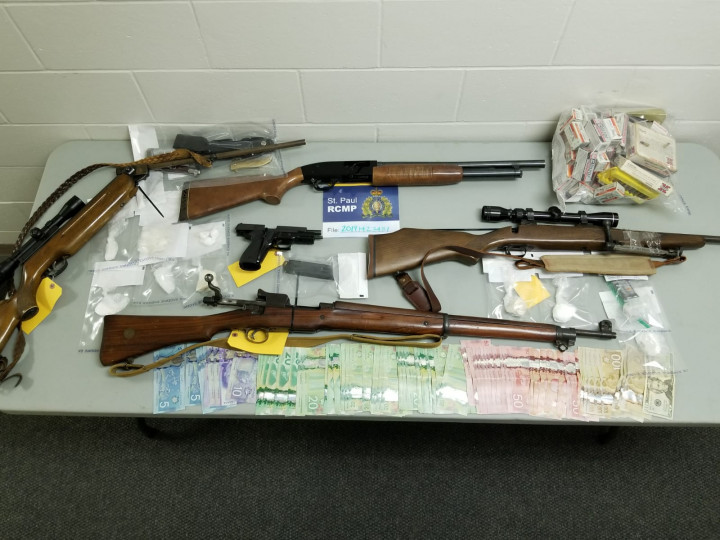 After conducting an investigation into illegal activity at a rural property in Saddle Lake, police executed a search warrant and arrested two males. The search of the property resulted in the seizure of a loaded handgun, shotgun, rifles and ammunition. Also seized was approximately 118 grams of suspected cocaine, 83 grams of suspected methamphetamine, 27 grams of suspected fentanyl and Canadian currency.

"Intelligence led investigations and partnerships with detachments is key to our successful operations," said Constable Guillaume Wilson (EADRCRU). "We have removed a handgun off the street, not to mention a significant amount of drugs." "We will continue to disrupt the sale of illicit drugs that harm our communities."

The 43-year-old male was also wanted on an outstanding probation warrant at the time of his arrest.

The two accused were remanded into custody and will be appearing in Vegreville provincial court on September 23, 2019.