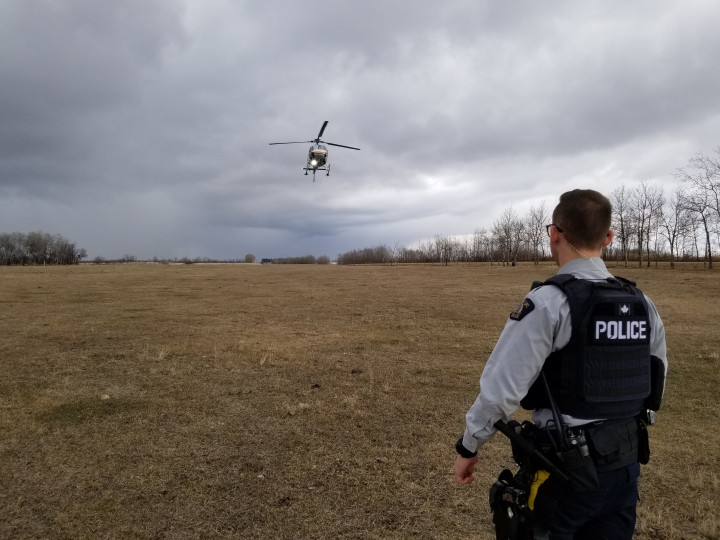 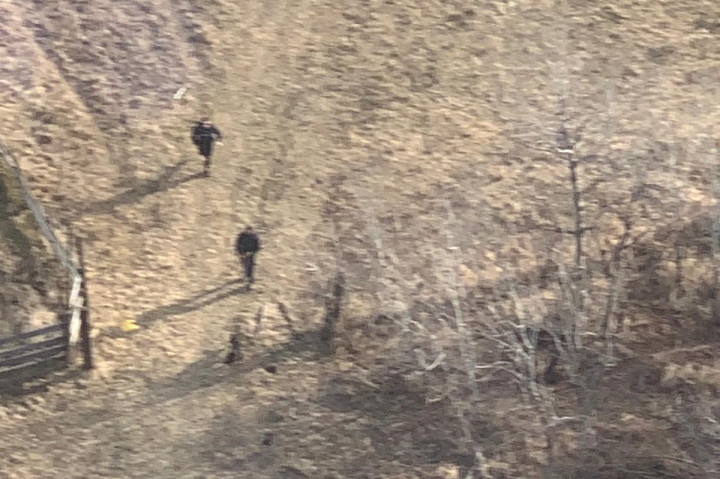 On April 15, 2019, a joint effort was conducted by the St Paul RCMP and Eastern Alberta District Rural Crime Reduction Unit (EADRCRU) with the assistance of Cold Lake Police Dog Services (PDS) and RCMP Air Services to seek out and apprehend property crime offenders operating across multiple jurisdictions in the Lakeland area.

With the assistance of an anonymous tip, RCMP members were able to locate a stolen truck in Saddle Lake. A traffic stop was attempted with the vehicle, but it fled at high speed. The RCMP helicopter took over observation from the air and saw the vehicle stop at an intersection and occupants flee on foot. The Tactical Flight Officer (TFO) in the helicopter was able to coordinate RCMP members on the ground to intercept the fleeing occupants.

The helicopter continued observation of the stolen vehicle which fled into St. Paul County. The TFO was able to coordinate a successful spike belt deployment by an EADRCRU member on an isolated road. The stolen vehicle soon became disabled and RCMP members moved in and arrested the driver.

The vehicle was confirmed to be stolen from Mundare.

"Offenders in Eastern Alberta need to understand that the increased police presence and proactive operations are not a temporary or short term phenomenon," said Cst. Guillaume Wilson (EADRCRU). "We will continue to aggressively track down and apprehend offenders wherever they try to hide or how hard they try to evade capture."

A 26-year-old male of Saddle Lake, the driver of the stolen vehicle, was charged with several offences, including:

· Possession of property obtained by crime over $5,000

A 32-year-old of Saddle Lake was arrested for his outstanding arrest warrants, which consisted of several offences, including:

· Possession of a controlled substance

· Failing to comply with a recognizance

He was released by a Justice following a bail hearing and is scheduled to appear in court in Fort Saskatchewan on April 18, 2019 and St Paul on May 9, 2019.

A 39-year-old of Saddle Lake was arrested for his outstanding arrest warrants, which consisted of several offences, including:

· Failing to comply with an undertaking (x2)

He remains in custody.