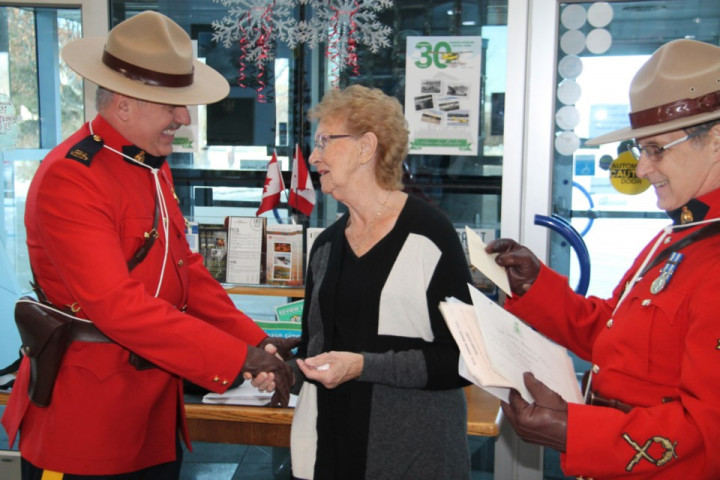 In 1958 Ann was set up on a blind date with a handsome Bush pilot named Ernest (he was known by his middle name, Bruce). Ann came home with sparkles in her eyes but months went by before she would hear from Bruce again. He was in town for business and a second date was in order; they discovered that they had a passion for aviation in common, which became the foundation of their relationship.

Over the years, their friendship blossomed into romance, "love was in the air," and in 1961 they tied the knot. Shortly after, Bruce left his career as a pilot to become a Mountie. The couple raised 5 children, love and, aviation echoed in the house. The hobbyist that he was, Bruce restored a Bush Cessna, which became the pride of the clan.

Ann recalled that once a month, the family would take a trip in the aircraft. The Bush airplane was the epicenter of the family; each trip brought joy and happiness and new adventures.

In 2016, the couple was to celebrate their love and aviation, they planned a pilgrimage to the Canadian Bushplane Heritage Centre to see the airplanes that her husband flew but especially the Bush Cessna 180 airplane that was at the center of their first date.

They were ready to discover a museum that held so much connection to their love story and life. Unfortunately, a few months before the trip, Bruce passed away unexpectedly.

Fast forward 3 years and thanks to Wish of a Lifetime Canada and Chartwell Retirement Residences, on December 2, 2019, Ann Roger had her wish fulfilled and toured the Bushplane Heritage Museum.

What she didn't know was that RCMP Constables Dan Chevalier and Earl Dalphy from Sault Ste Marie Detachment would be there to welcome her in red serge.

Constables Chevalier and Dalphy were pleased to be able to present Ann Roger with her late husband's service documents and official photos along with an O Division North East District Challenge Coin.

"We were delighted to help create such amazing memories the day of the wish and to be able to give Ms. Roger official documents of her husband's service, it was just a privilege", Cst. Chevalier commented.