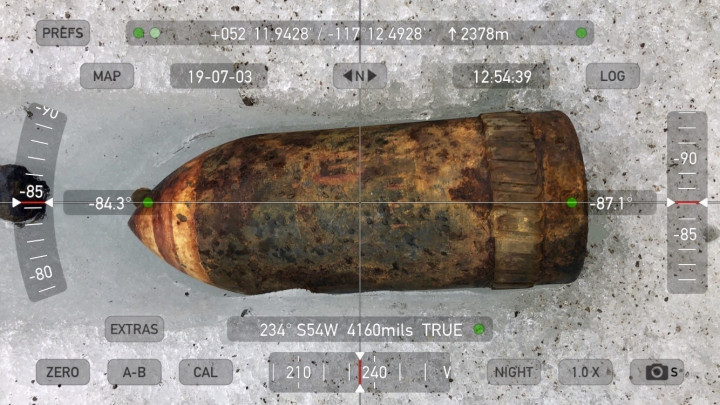 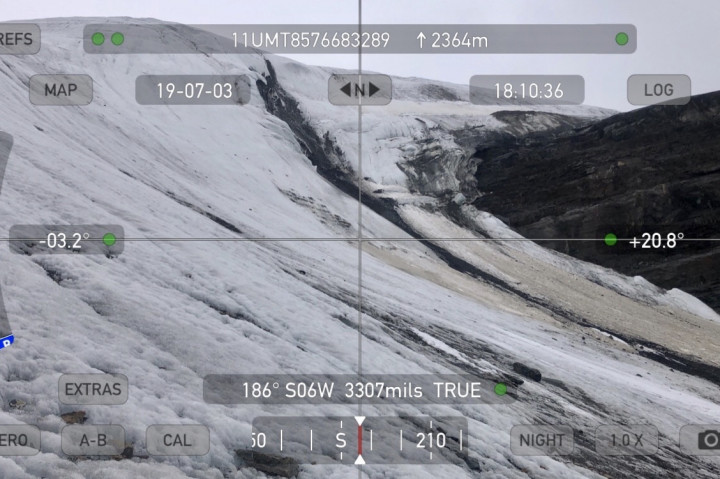 On July 4, 2019, a group of climbers on the north side of Mt. Athabasca located an unexploded ordnance (UXO), and the Jasper RCMP initiated a response. Several agencies worked together to secure the potentially volatile ordnance, resulting in its safe detonation.

The incident was reported to Jasper RCMP at 2:04 p.m. on July 4, by the Jasper Park Visitor Safety, who received the information from the Association of Communities of Mountain Guides (ACMG). A photo was provided and the location of the UXO was pinpointed.

Because of the nature of the UXO and the concern for public safety, a public notice was disseminated by Jasper Park Visitor Safety warning climbers to avoid the area.

The RCMP Explosives Disposal Unit was consulted, and the Unit liaised with the Government of Canada, Department of National Defence.

On July 5, 2019, the Explosive Ordnance Disposal (EOD) team from Garrison Wainwright deployed. Due to the hazardous terrain, members of the Jasper Park Visitor Safety, who have expertise in managing mountain hazards, provided guidance. The responding agencies were able to secure the location of the UXO and safely detonate the device.

The ACMG who located, photographed, reported and ultimately did not interfere with the UXO are commended for the action they took. The public is advised to never touch or move an object that resembles anything which may be detonated. Items like this should be reported to the RCMP immediately. This potentially dangerous situation was handled effectively because of the proper action being taken at the outset.