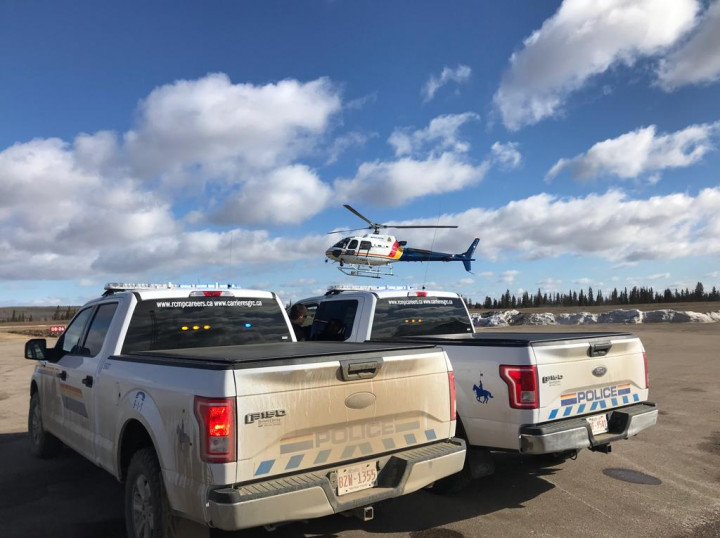 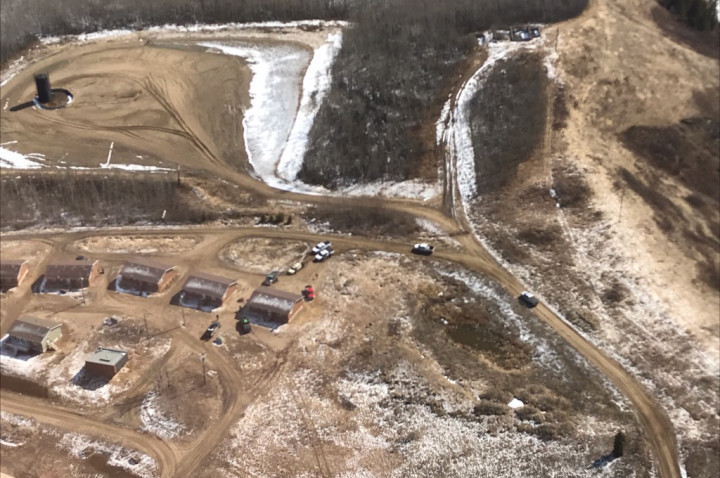 EADRCRU in Frog Lake became involved in a pursuit with a vehicle that had been stolen during an armed robbery in Frog Lake in the days prior by one of the offenders. The RCMP Air Services helicopter took over observation from the sky as other RCMP members positioned themselves to intercept and stop the fleeing vehicle. This led RCMP members to following the offender to several other locations where the second offender was hiding with another stolen vehicle.

RCMP members contained the area and continued chasing both offenders who had split up in the two separate vehicles. One of the fleeing vehicles became disabled by RCMP in a field and the driver was apprehended by a police dog. The other offender continued fleeing in an SUV, but struck a tire deflation device that had been deployed by EADRCRU along Highway 897. This deflated the vehicle's tires and it soon became disabled.

The offender bailed from the stolen SUV into a residence, but was quickly apprehended by EADRCRU members who were giving chase. A female at the residence who attempted to stop EADRCRU members from pursuing the fleeing offender was also arrested.

"Working with the helicopter makes us a lot more effective in apprehending offenders and I believe it significantly increases public safety, as chases are being stopped quickly with the help of our eye in the sky," said Cst. Guillaume Wilson (EADRCRU). "Without a doubt, we will continue to collaborate with Air Services and other RCMP units to track down and apprehend priority offenders in Eastern Alberta."

In total, RCMP members recovered three stolen vehicles with the assistance of RCMP Air Services: An SUV stolen from Frog Lake, a truck stolen from Myrnam, and a sedan stolen from Lloydminster.

A 36-year-old male of Frog Lake was charged with multiple offences, which include:

He was also being sought by police in relation to incidents in Frog Lake from March 29, 2019 and is charged with multiple offences in relation to those occurrences, which include:

A 17-year-old male from Frog Lake (who cannot be named due to the provisions of the YCJA) was also charged with multiple offences, which include:

· Failing to comply with conditions of a recognizance (x5)

He had already been wanted on an outstanding arrest warrant from Elk Point for multiple offences, including:

· Unauthorized possession of a firearm

· Careless use of a firearm

· Possession of property obtained by crime over $5,000

· Theft of a motor vehicle

Additionally, the male youth was being sought by police in relation to incidents in Frog Lake from March 29, 2019 and is charged with multiple offences in relation to those occurrences, which include:

· Assault with a weapon

· Failing to comply with the conditions of a recognizance

Both were held in custody following bail hearings. The 36-year-old male had a first appearance on April 4, 2019 in St Paul and the male youth is scheduled to appear in court in St Paul on April 11, 2019.

A 34-year-old female from Frog Lake is being charged with obstructing a peace officer in relation to this incident and was released on a promise to appear with court scheduled for May 23, 2019 in St Paul.

As this matter is before the courts no further information will be provided.