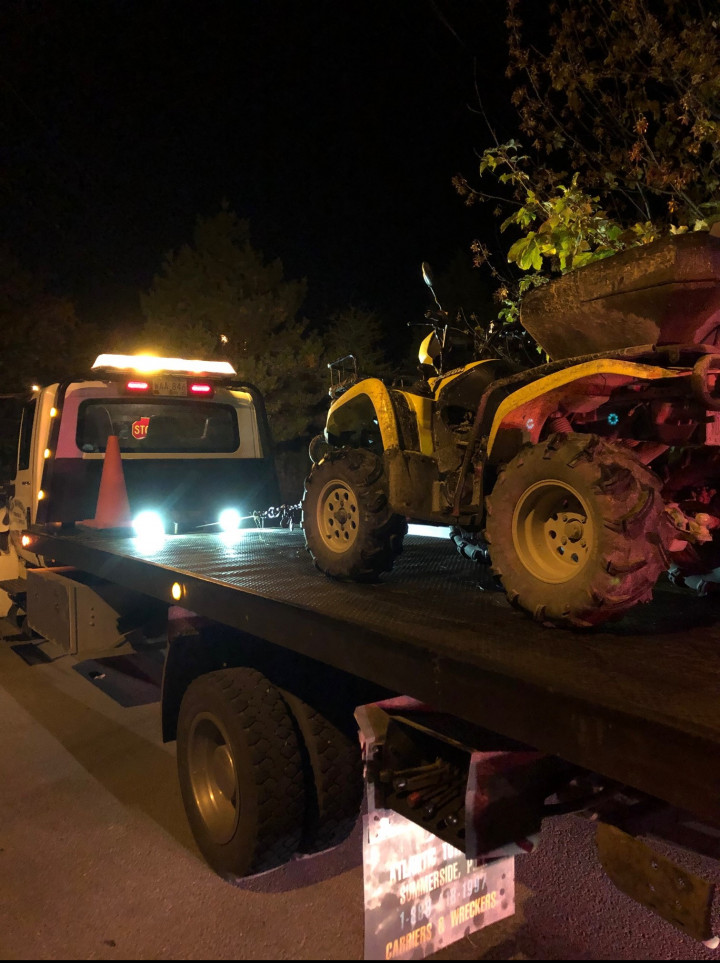 On October 9, 2019, at approximately 10:00 p.m., an RCMP officer from Bay Roberts Detachment was on patrol and observed an all-terrain vehicle (ATV) traveling at a high rate of speed on Conception Bay Highway in Bay Roberts.

The ATV, carrying two occupants, was being operated without headlights. The officer obtained the ATV's speed on radar as it entered into Spaniards Bay on Route 70. It was travelling in excess of 75 kms/h in a 50 kms/h zone.

The officer conducted a traffic stop with the ATV and found both the driver and passenger were 14 years of age. The ATV was impounded and parents were called to attend the scene.

The investigation is continuing and charges are expected to be laid against the parent(s) of the ATV operator.