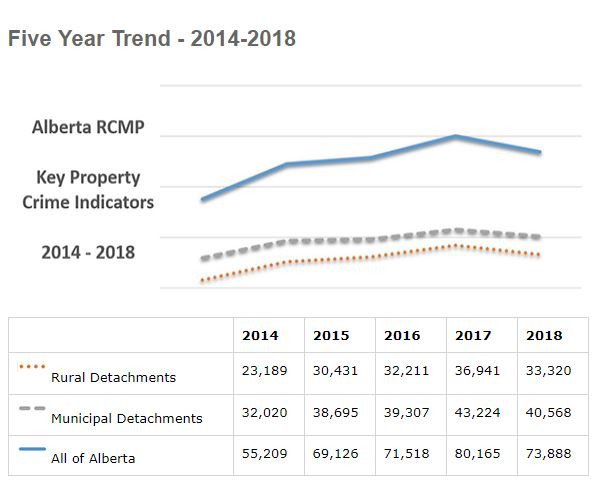 As part of our commitment to community engagement, transparency and accountability, the Alberta RCMP has launched the Data and Innovation web page which will highlight key crime statistics and information on policing initiatives. Statistics will be updated on a quarterly basis with the first set of figures released in April.

The released data shows changes in key property crime indicators that is intended to measure the overall state and trend of property crime in Alberta RCMP jurisdictions. Reporting periods include:

The Alberta RCMP will continue to update data sets as the year progresses and will publish additional information on crime reductions initiatives as it becomes available.