The RCMP honoured its fallen 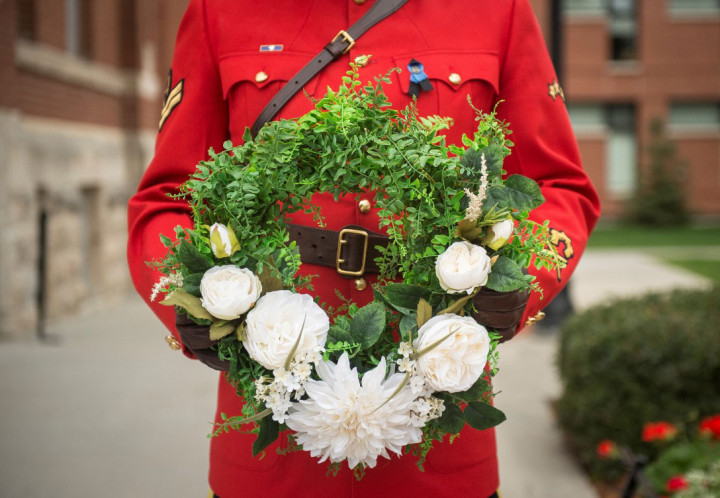 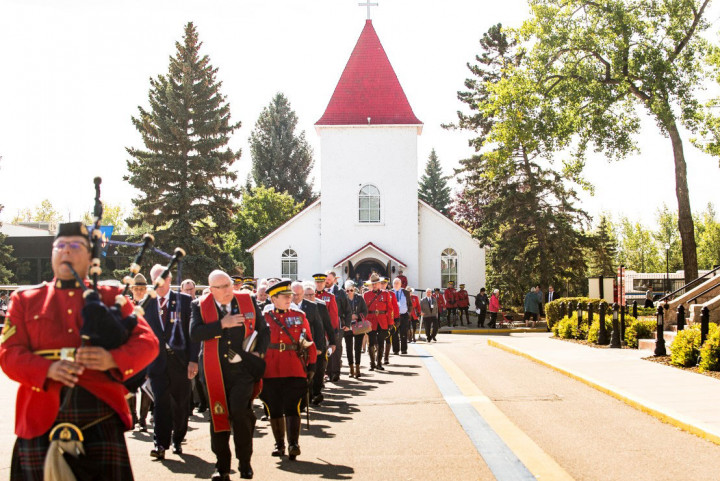 In keeping with a tradition that began in the mid-1930s, RCMP members from across Canada gathered on Sleigh Square to honour their comrades who lost their lives in the line of duty. The ceremony included a memorial parade, the laying of three wreaths at the RCMP Cenotaph, the reading of the names of the fallen, bagpipe laments, bugle calls, two minutes of silence, and a Chapel Service.

This year, the name of Constable Francis Bertrand Deschênes was added to the RCMP Cenotaph, Honour Roll Book and Memorial Wall, bringing the total number of fallen members to 239 since the creation of the North-West Mounted Police in 1873.

Constable Deschênes is also being added to the online RCMP Honour Roll and to the Canadian Virtual War Memorial with the following information:

The RCMP National Memorial Service – an annual event held the second Sunday of September – was attended by close to 1,000 people this year, including family and friends of fallen RCMP members, RCMP members, veterans, cadets and members of the U.S Customs and Border Protection and Montana Highway Patrol.

"On this second Sunday of September, we paused to grieve, to remember and to celebrate the lives and achievements of those we have lost, those who remain with us in spirit," said Commissioner Lucki. "I want to take a moment to thank each and every person, past and present, who stands up for peace and the safety we enjoy every single day. Thank you for selflessly putting yourself in harm's way and risking everything for your fellow citizens."