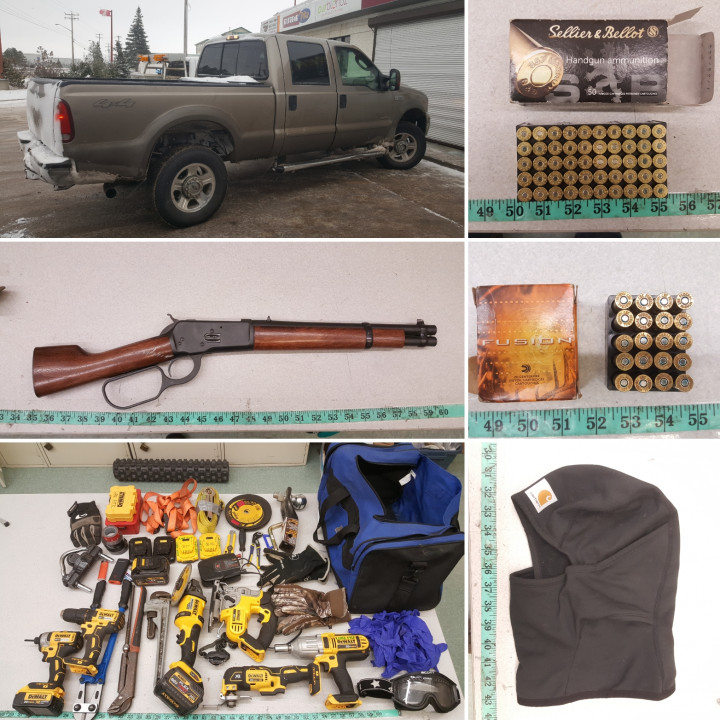 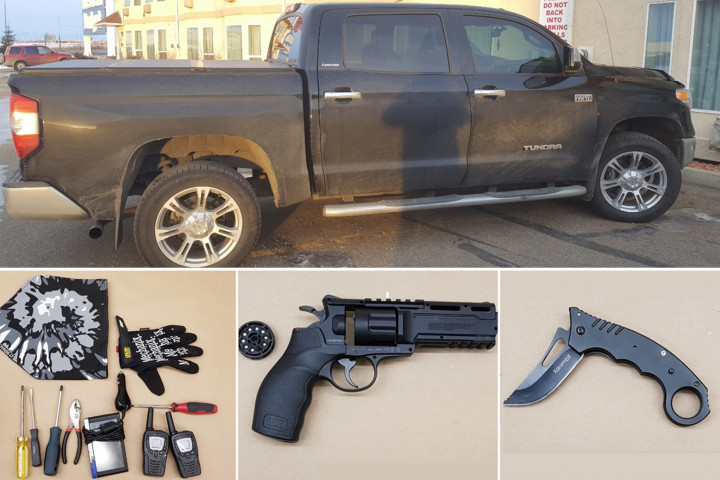 The RCMP formed the Integrated Crime Reduction Unit (ICRU) in mid October, 2017 as a pilot project. As quickly as October 23, one of the first targeted arrests was completed. Given the positive results of this pilot and the additional funding recently announced by the Province of Alberta, the RCMP is pleased to report that a full time unit has been established. In keeping with the focus of this Unit, the name has been changed to the Central Alberta District Crime Reduction Unit (CRU).

This Unit will continue as a support section to all of the detachments in Central Alberta District in the apprehension of serious prolific offenders, conducting special operations and gathering criminal intelligence. Intelligence is shared amongst neighbouring detachments as well as with the Edmonton Police Service, including their specialized sections. The CRU tracks crime trends and develops strategies aimed at reducing future crimes.

To date, the CRU has recovered almost $500,000 in stolen property, including 18 stolen vehicles. More than 20 guns / weapons have been seized. The team has made a total of 59 arrests of prolific offenders and their criminal associates. These arrests resulted in excess of 500 charges laid by either the CRU team, or by other jurisdictions as a result of the assistance of the CRU team. The CRU has executed over 50 outstanding warrants with the arrests of these offenders.

The RCMP is reinforcing the fact that crime reduction requires a collaboration with community members. We want you to report suspicious people or activities to your local RCMP.

"The Integrated Crime Reduction Unit Project has shown, in a short period of time, that a targeted, intelligence-led approach to policing works. With the support of the Province, the RCMP will continue to keep Albertans safe by working with policing and community partners to find and arrest the people that hurt our communities the most."

"The Central Alberta Crime Reduction Unit is proof of the important work the RCMP are doing across the province to ensure Albertans are safe in their homes and communities. This hard-working unit has recovered almost half a million dollars in stolen property, seized more than 20 guns and arrested dozens of prolific offenders — all in the span of five months. Our government announced a $10-million rural crime fighting strategy earlier this month, which will ensure this important work in central Alberta continues."

"These results are very positive. In five months, this team has made a big impact and, in keeping with the provincial focus for the RCMP, we are committed to disrupting criminal activities in our communities. I have personally attended several Town Halls and have been listening to the concerns of the citizens in our rural communities. As the Provincial police force the RCMP strives to have people feel safe in their communities and I applaud the dedication of this team in taking some of our most prolific offenders off the street."