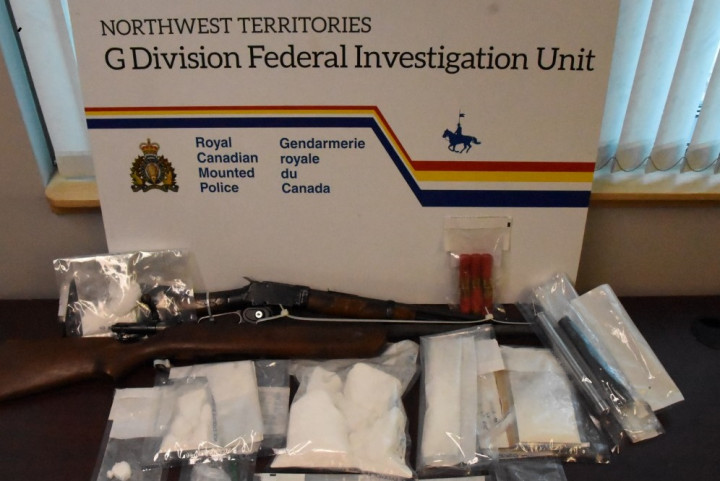 The Northwest Territories RCMP Federal Investigations Unit has laid charges against 15 people involved in the cocaine trade in the city of Yellowknife. The year-long investigation had over 1425 grams of purported cocaine and two firearms seized during the course of the investigation.

The investigation began after the Northwest Territories RCMP received information from Financial Transactions and Reports Analysis Centre of Canada (FINTRAC), Canada's Financial Intelligence Agency, regarding suspicious movements of money believed to be linked to the NT drug trade. This is an example of the partnership between the RCMP and FINTRAC and the ability to identify potentially illegal activity and conduct investigations.

The primary subject of this investigation was Toufic Chamas. The investigation quickly expanded to include several other people working in concert with Mr. Chamas. A separate cocaine trafficking network was also investigated.

The RCMP confirms that two search warrants executed earlier this year on May 4, 2018 were done as part of this investigation. Investigators had observed the unlawful transfer of a firearm during the course of their surveillance. Parts of the dismantled firearm were recovered during the searches. Toufic Chamas and Clayton Christensen have been charged with firearms offences in relation to this transaction.

The following people have been arrested and released for court at later dates:

Arrest Warrants have been issued for the following people:

"This was a very challenging investigation, compounded by the fact that many of the people we encountered were from out of town, and operated under pseudonyms. Extensive efforts were made to confirm the identity of these people who came to Yellowknife to exploit our most vulnerable citizens. In addition to trafficking cocaine, some of the individuals charged are alleged to have trafficked substitute substances that they represented as cocaine. While this is obviously profitable, it is a very dangerous activity that fuels violence associated to the drug trade, which puts both the trafficker and the general public at risk" said Staff Sergeant Dean Riou of the Northwest Territories RCMP Federal Investigations Unit.