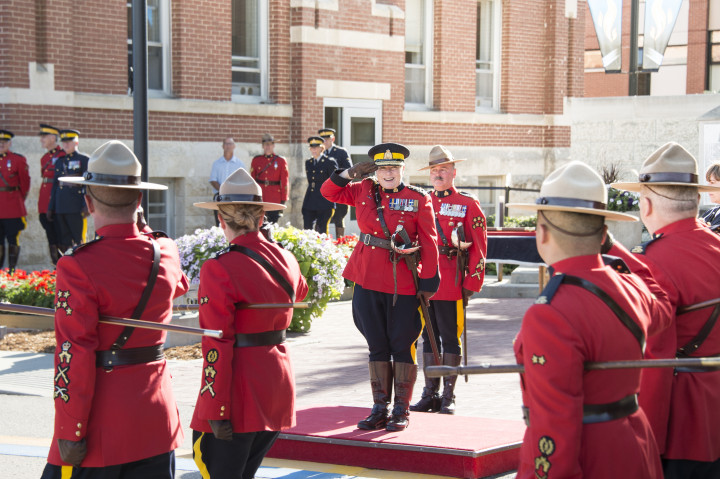 "Becoming Commissioner at this time in history is a tremendous honour and privilege," said Commissioner Lucki. "Guided by my mandate letter, we are embarking on a period of modernization and innovation. The opportunities and expectations for the RCMP are clear, and together, we are ready to take on the challenge."

"I could not be more proud to be leading this organization," she added. "I am amazed each and every day by the hard work and the unwavering dedication and loyalty shown by our employees."

On hand to witness the ceremony were His Honour the Honourable W. Thomas Molloy, Lieutenant Governor of Saskatchewan, the Honourable Ralph Goodale, Minister of Public Safety and many RCMP employees and community members.

During the ceremony, a parade of cadets, members, veterans and employees performed a ceremonial march-past to honour the former and the new commissioner.

Before being appointed Commissioner, Lucki was the Commanding Officer of the RCMP's training academy. She selected Depot as the location for the Change of Command ceremony as it holds a special significance to her and all Mounties who started their careers there, and a great place for all employees to reflect on their humble beginnings.