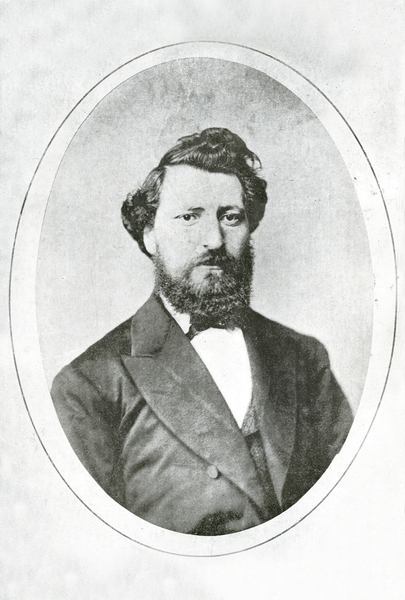 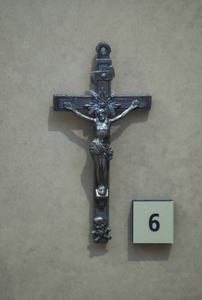 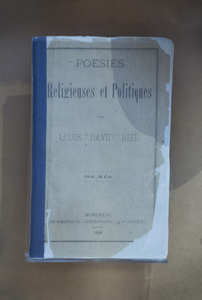 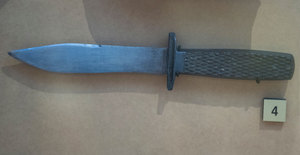 Today, the Royal Canadian Mounted Police (RCMP) signed an agreement to return certain artifacts once belonging or related to the Métis people and Louis Riel.

The RCMP recognizes the importance of these items to the Métis people and has been working with the MMF and MNC to ensure their repatriation. D/Commr Brosseau spoke this morning of the Government of Canada's commitment to reconciliation with Indigenous peoples, and to improving the RCMP's relationship with them in every way possible.

The artifacts are connected to Louis Riel and include a crucifix and knife, as well as a book of his poetry. These and other items are currently on public display in the RCMP Heritage Centre next to the RCMP Academy in Regina, Saskatchewan. The signed agreement states that the RCMP Heritage Centre will continue to act as caretaker of the items until the Métis Nation finds a suitable location for them. The formal transfer of the items is expected within the next two years.

The agreement also commits the RCMP to identifying additional Métis artifacts that it has documented ownership of at the RCMP Heritage Centre, sharing this information with the MMF and MNC, and repatriating any Métis artifacts they identify.

The RCMP is committed to reconciliation with Indigenous peoples. Louis Riel, through his lifelong struggle to protect the social, cultural and political status of his fellow Métis, played a significant role in the history of Canadian Confederation. The repatriation of these artifacts is important to the Métis people, and I am happy we have an agreement that will keep these historic items accessible to the public.

The repatriation of the personal effects of our revered leader Louis Riel marks a good first step in reconciliation between the Métis Nation and the RCMP. We welcome this gesture. I look forward to the transfer of these personal items to the Métis National Heritage Centre as it rises in the city of Winnipeg, formerly the Red River Settlement and birthplace of the Métis Nation.

The repatriation of our Métis Leader Louis Riel's personal effects are important pieces in building our renewed nation-to-nation and government-to-government relationship with Canada. Our partnership in protecting our Métis past is a great step in reconciliation of our peoples. As the Manitoba Métis and Canada have been recognized as negotiating partners in confederation, it is fitting that this repatriation occurs in the 150th anniversary year of our country's founding. As the Prime Minister has said, Canada is a work in progress. This today is one of its solid foundation stones.

I welcome the agreement between the RCMP, the Manitoba Metis Federation and the Métis National Council on the return of the Louis Riel artifacts to the Métis Nation. Louis Riel was a champion of minority rights, a founder of Manitoba, and a key leader who was strongly committed to ensuring the protection of Métis rights. Returning these items is an important step towards reconciliation with the Métis Nation.

The Government of Canada recognizes the importance of these artifacts to the Métis people, and they are being returned in the spirit of reconciliation to the Métis National Council. We are committed to renewing our relationship with Métis Nation based on the recognition of rights, respect, co-operation, and partnership.

This Memorandum of Understanding is effective as of September 23, 2017

The Royal Canadian Mounted Police,
as represented by the Deputy Commissioner, Contract and Aboriginal Policing

(hereinafter collectively referred to as the "Parties")

WHEREAS the Royal Canadian Mounted Police ("RCMP") is committed to advancing reconciliation with Indigenous peoples in Canada;

AND WHEREAS the RCMP has documented ownership of certain artifacts once belonging to and/or related to the Métis people;

AND WHEREAS the RCMP recognizes the cultural and historical significance of such artifacts to the Métis people;

AND WHEREAS the RCMP recognizes the right of Indigenous peoples, as expressed in Article 11 of the United Nations Declaration on the Rights of Indigenous Peoples to maintain, protect and develop manifestations of their cultures, including artifacts;

To achieve the purposes of this MOU, the RCMP will:

Signed at the General Assembly of the Manitoba Metis Federation in the City of Winnipeg, Manitoba, on the 23rd day of September, 2017.