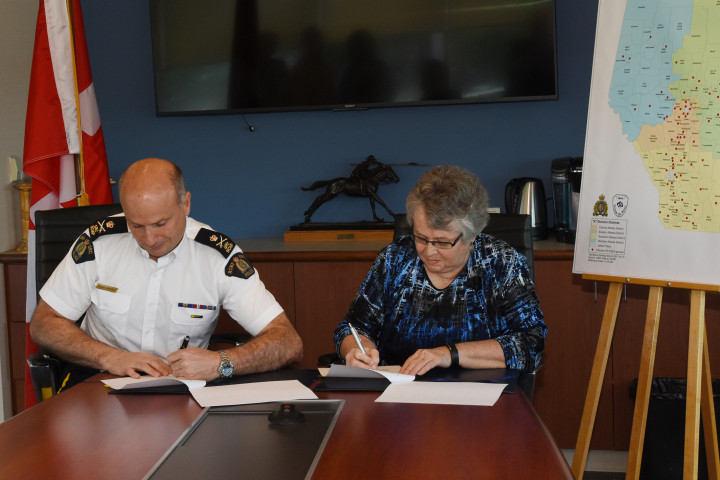 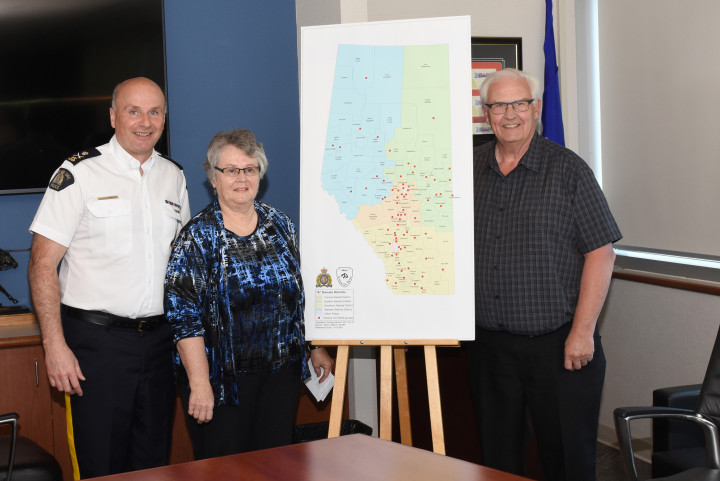 The Alberta RCMP has been proud to support the Alberta Citizens On Patrol Association for numerous years and today Deputy Commissioner Todd Shean, Commanding Officer of the RCMP in Alberta and Ms. Beverley Salomons, Chair of the Alberta Citizens On Patrol Association (ACOPA), signed an official memorandum of understanding (MOU) which outlines the partnership that has been fostered between the two organizations.

Citizens On Patrol is a police supported, community led program aimed at reducing crime in the community through the active participation of citizens in crime prevention and patrol activities. When a crime, or suspicious behaviour, is observed, Citizens On Patrol members will immediately contact their local RCMP detachment.

"Citizens On Patrol members help us see a little farther, hear a little more and ultimately help make our communities safer," said Deputy Commissioner Todd Shean, "While today's MOU signing formalizes our cooperation, it's the countless volunteer hours spent by community-minded citizens that are most vital to this program's continuing success. Thank you for your selfless dedication to serving and protecting your communities."

Apart from patrol activity, Citizens On Patrol may also be involved in crime prevention activities relating to the awareness and prevention of community safety issues.

"Today is a step forward in sealing the relationship between the RCMP and ACOPA" said Beverley Salomons, "And the continued opportunity for citizens in communities to volunteer as extra eyes and ears in keeping their communities safer."

The relationship between Citizens On Patrol and the RCMP is one where both partners have a common goal of a safer community. As with any partnership, all partners must be actively involved in contributing to its success.