Billions of people around the world watched the funeral for Her Late Majesty Queen Elizabeth II on September 19. Leading the funeral procession were five members of the RCMP Musical Ride. Gazette contributor Andrew DiRienzo spoke to Supt. Kevin Fahey, Officer in Charge of the Musical Ride and Heritage Branch, about the once-in-a-lifetime event.

What was your reaction when you heard of The Queen's passing?

I personally saw The Queen in May and she looked quite good. She had been absent from different public events, but there she was — she came to visit us to take a picture with us on the horses gifted to her by the RCMP. She was only focusing on things that she really wanted to do and she took time out of her day to come and see her Mounties. To learn four months later that she passed was a surprise.

What went through your mind when you landed in the United Kingdom?

There was an overall sense of sadness and when we arrived, that's when it really hit me. We knew what we'd be doing in the procession and, now that we were there, we had time to think about it. The mood was very sad and solemn.

But there was also a sense of anticipation. We arrived at Windsor Castle and things were being set up — everything from barricades to media tents, and flowers being laid at the gate. Each and every day it just grew: the crowds, the police presence, the number of flowers being laid.

What was the experience like with rehearsals and practices?

What we learned at the dress rehearsal for the procession was it would be a very slow march. For a horse, that's very difficult. Horses want to walk freely, and when you're asking them to walk at a snail's pace, that's not a natural thing for a horse. So we knew one of the things we had to practise was going really slowly. But everything went well and the horses did phenomenal.

We also learned where we would be in the procession. It was the Crown Equerry, who reported directly to The Queen, who told me that this plan had been in place for decades and that Her Majesty was the one who would have decided on the order.

I think there were probably a couple of envious people wondering "How did these Mounties get there?" But that was The Queen's decision and it really demonstrated what she thought about the RCMP.

Is there anything you can share from behind the scenes that Canadians may not have known about the event?

Another behind-the-scenes aspect was that while we were on the inside of the Windsor Castle grounds, we had no access to TV, there's no radio, no visitors, no newspapers, no Wi-Fi, and so we're in this bubble. You look around and you would never know anything was happening.

It was only when the procession started and we turned the corner, and that's when we looked down the long street towards Buckingham Palace with the British flags, and people — huge crowds on either side — and all the guards on either side. That's the first time we saw that image. The silence was striking. We looked around and saw the crowd as far as you could see and just that quietness about it all, it really hit us.

What has the reaction to the Musical Ride's involvement been like?

When we came back from the United Kingdom, people would come up to us in the stables while on tour and say, "You made us so proud as Canadians" and that's when I really understood how big a deal this was. They were so proud to see Canada represented and us representing them. This was bigger than just the RCMP. 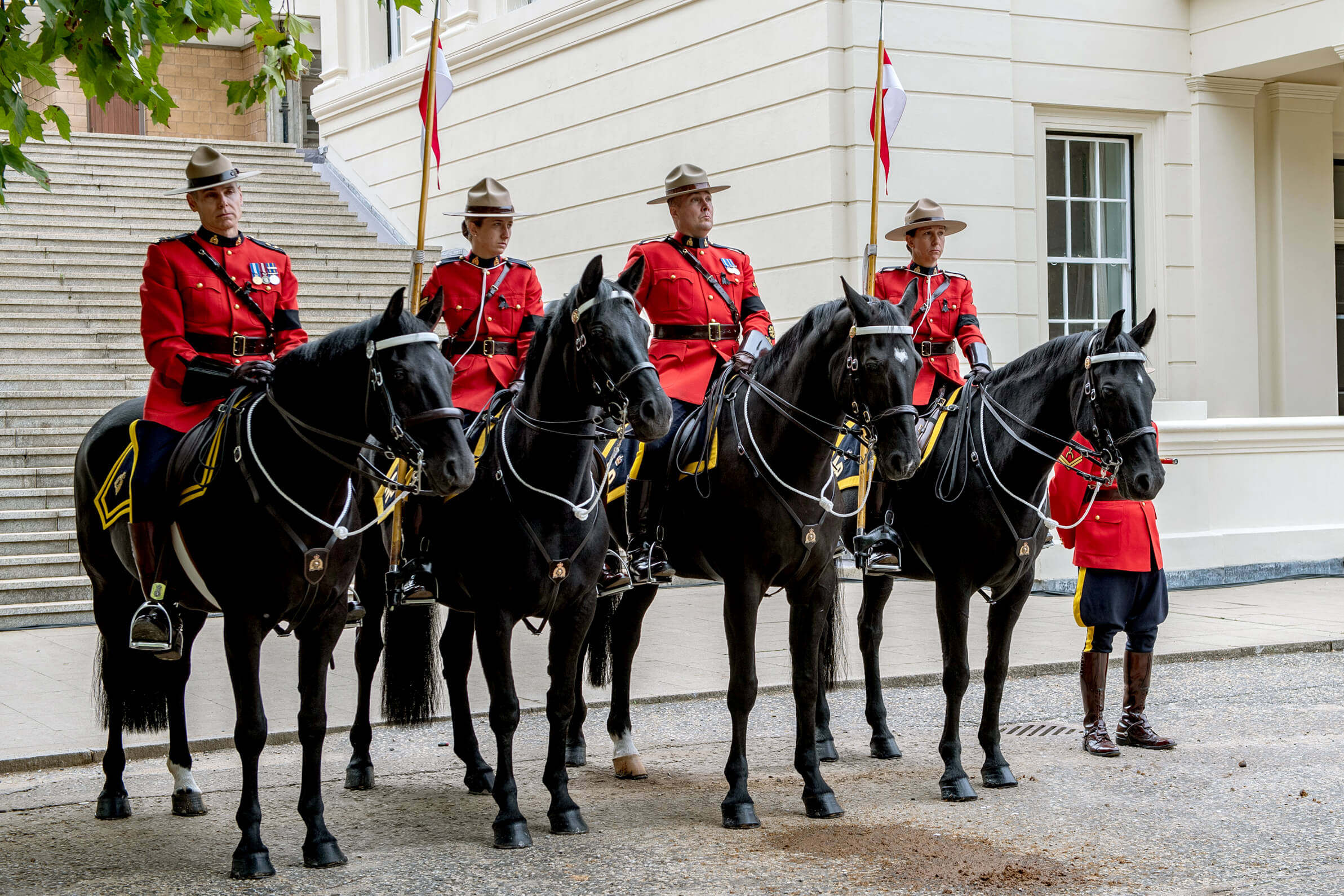 The members of the RCMP Musical Ride didn't find out where they would be positioned in the procession until their first rehearsal in London. 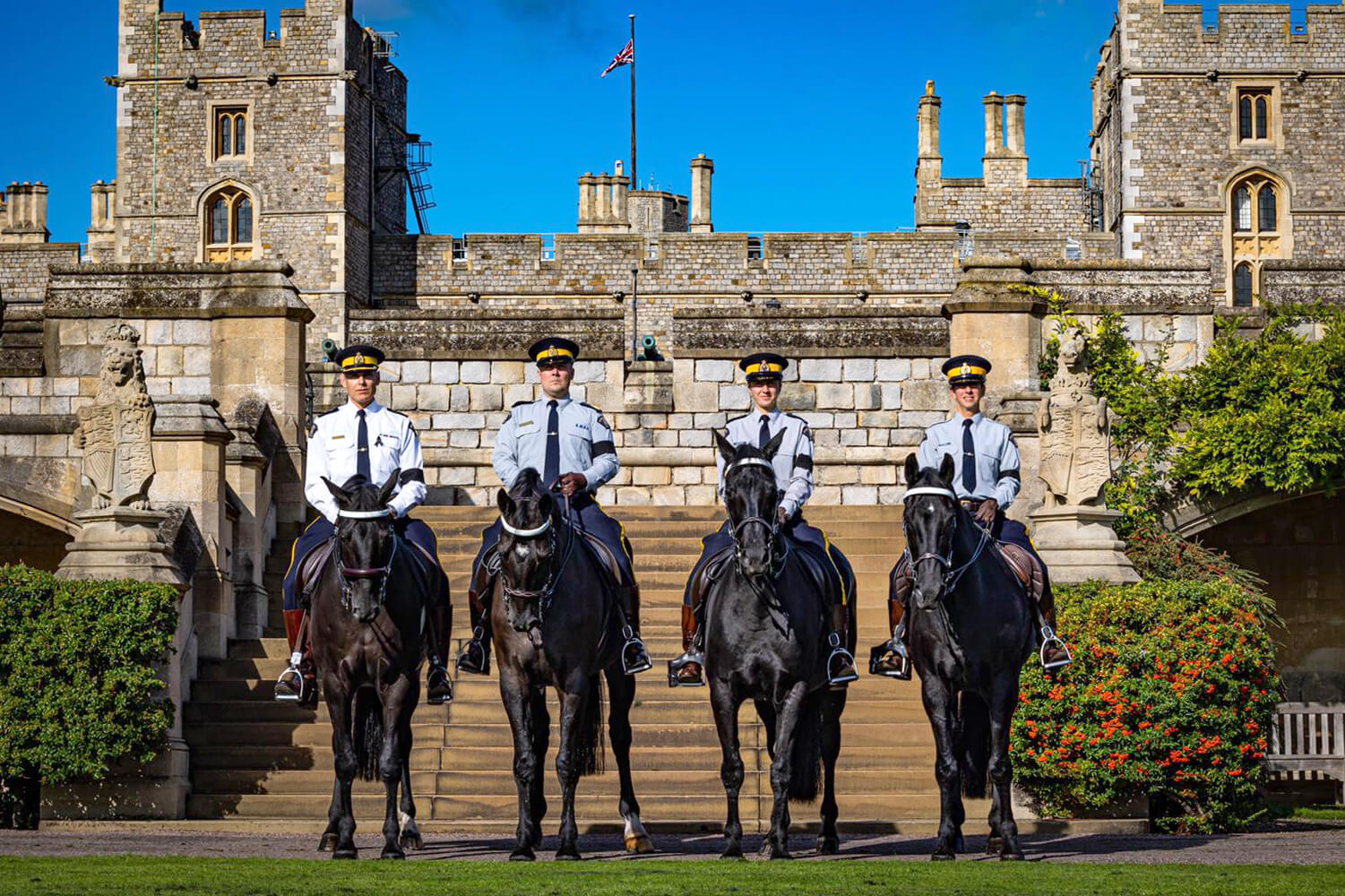 As part of their preparation for The Queen's funeral procession, four RCMP Musical Ride members rode along the grounds of Windsor Castle daily. 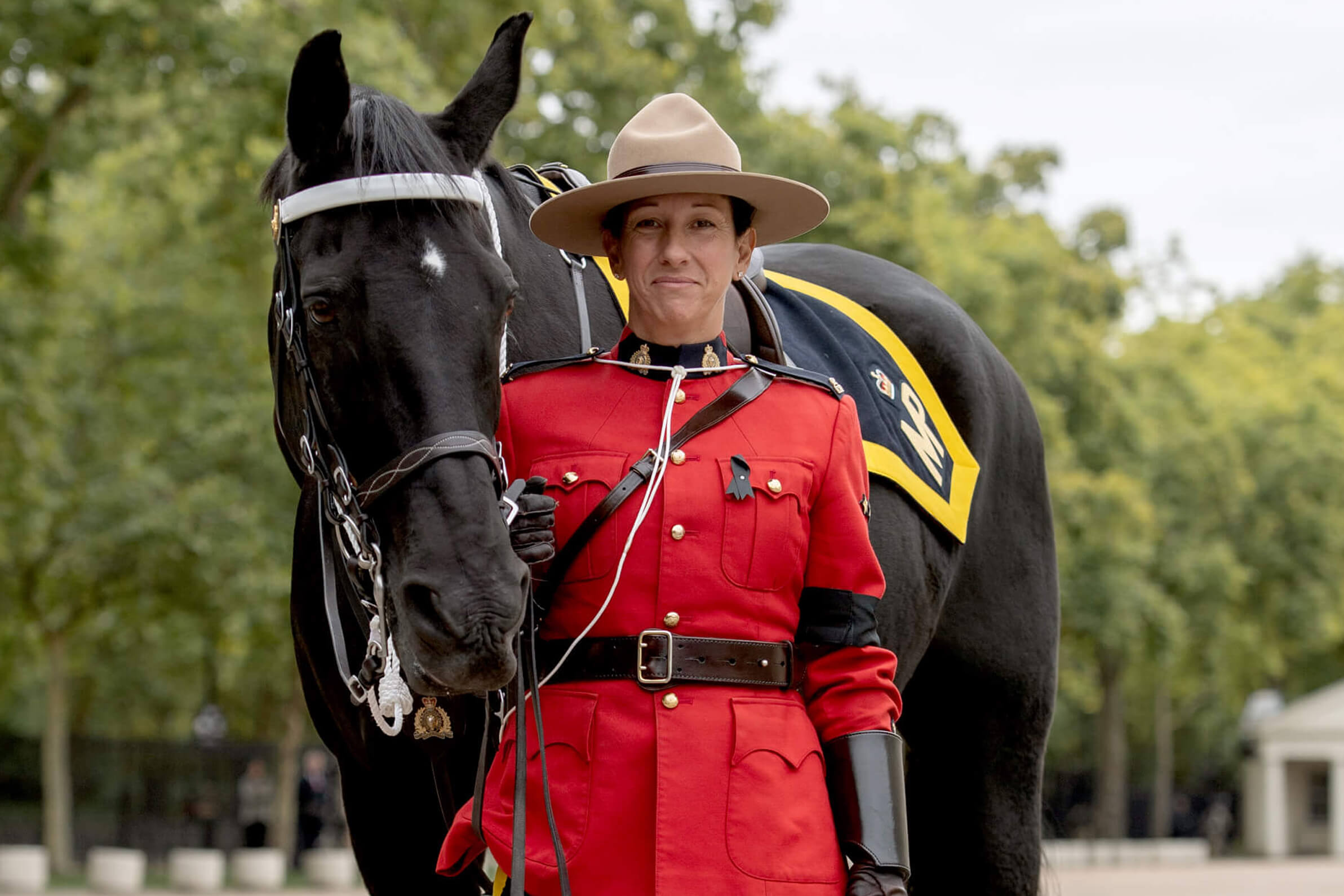 Each of the four members on horseback rode a horse that was previously gifted to The Queen and who now live in London. 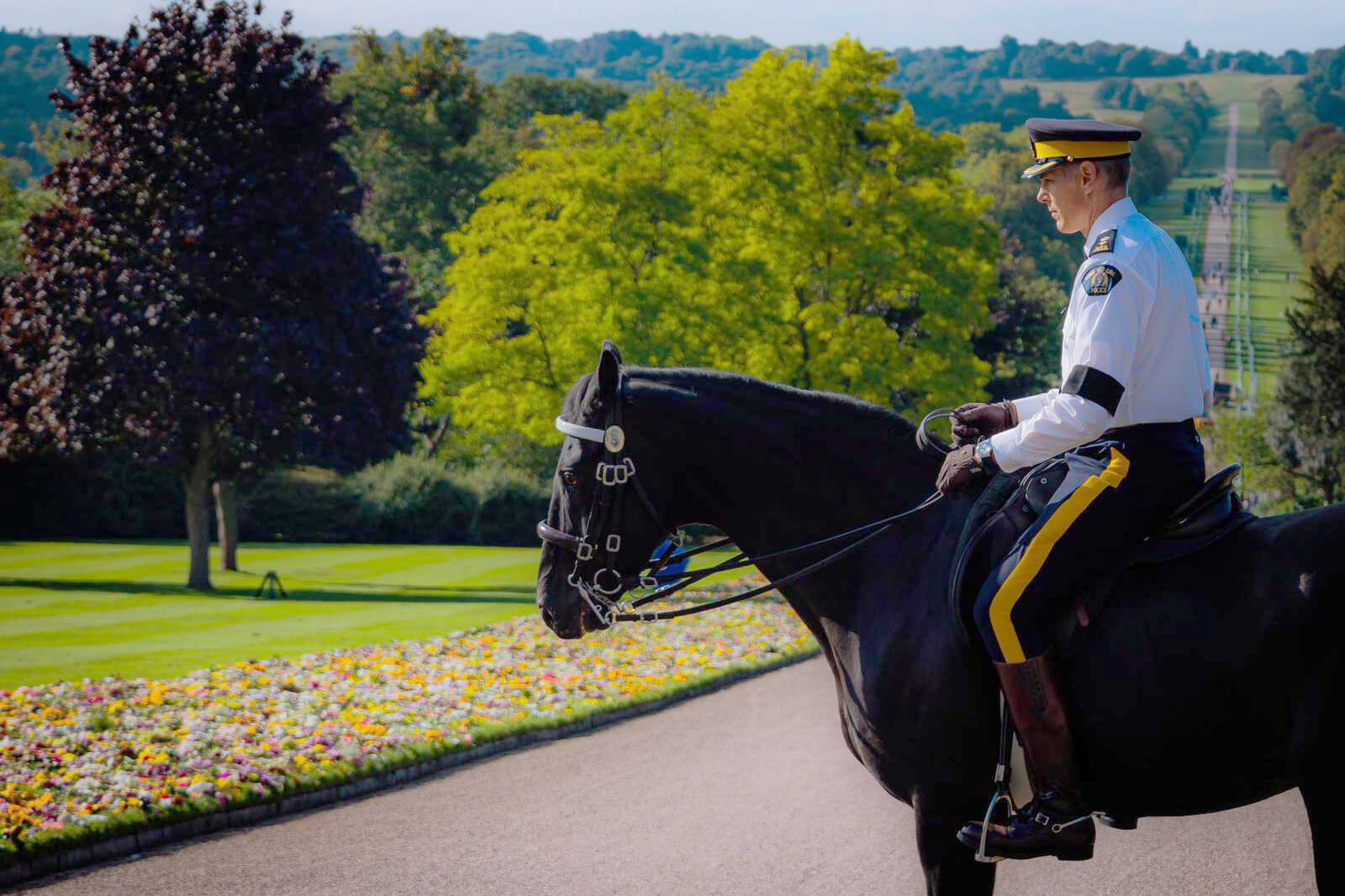 Windsor Castle staff gathered floral tributes to The Queen laid at the gate of the castle daily and placed them along the Long Walk on the castle's grounds.