RCMP across the country preparing for 150th anniversary in 2023

The 150th anniversary provides a chance to reflect on the organization's past and highlight how the organization is moving forward on the path to be a more modern, diverse, inclusive and trusted RCMP. Credit: Serge Gouin/RCMP

History of the RCMP

Vision150 and beyond: RCMP strategic plan

The countdown is on for the RCMP's 150th anniversary next year!

May 23, 2023 marks 150 years since a bill passed through Parliament and received Royal Assent establishing the North-West Mounted Police, which would eventually become the RCMP.

The occasion provides a chance to reflect on the RCMP's past and its contribution to the story of Canada, to highlight the organization's pride in all RCMP employees, and to showcase how the organization is moving forward on the path to be a more modern, diverse, inclusive, and trusted RCMP.

Across the country, the RCMP will mark the occasion in a variety of ways. The RCMP division in each province and territory will highlight the RCMP's contributions in their region and the communities they serve.

At the RCMP's Depot training academy in Regina, planning on how to commemorate the anniversary is well underway.

"We'd like to see Canadians get excited about the 150th anniversary in the same way we're excited about it," says Depot's Sergeant Major Mike McGinley, who can remember attending the RCMP's centennial anniversary events with his RCMP officer father in 1973.

In 2023, Depot will be working closely with the community in and around Regina as they plan an open house, parades, historical exhibits, and Sunset Ceremonies — where RCMP cadets and officers wearing red serge perform marches and drills before lowering Depot's flags.

McGinley says the events will be welcomed in the community, especially after many regular events like the Sunset Ceremonies and Depot's annual road race were put on hold during the pandemic. "We're very fortunate that we have deep roots in the community," says McGinley.

In British Columbia, home to the largest RCMP division, similar planning is underway. There are plans to host traditional regimental dinners, work with the RCMP Veteran's Association and Pipe Band on events and, like at Depot, join in on community events that were on hiatus during the pandemic.

"There's so many events that we used to be a part of and now we're going to have an opportunity to be a part of them again," says RCMP Sergeant Major Heather Lew, who's helping co-ordinate 150th anniversary happenings in British Columbia.

Events will highlight the role the RCMP has had in communities throughout the province and how the province has helped shape the RCMP.

"We want to recognize the diversity in our division and showcase where many of our employees are from and the different languages that we speak," says Lew. "We're hoping to showcase our province and who we are as the B.C. RCMP from sea to sky."

Marking the 150th anniversary goes beyond celebrating a milestone year. The RCMP's story over the last century and a half includes chapters that illustrate accomplishments to be proud of as well as chapters where trust has been broken that must be acknowledged and learned from through reconciliation and in conversation with the range of diverse groups that the organization serves.

"We're not shy about putting our hand up and saying yes, we were part of that and we've learned," says McGinley. "Rather than back away from those difficult conversations, we're embracing it and looking to move forward."

While the RCMP and its work has evolved over 150 years, its commitment to Canadians has remained the same. Throughout the anniversary year, the RCMP will look on the past with humility, demonstrate that action has been taken to modernize, and showcase the integral role the RCMP has in keeping Canadians and the country safe.

In the lead-up to and through the 150th anniversary year in 2023, all Canadians can get involved in the anniversary. Stay connected via RCMP.ca and our social media channels to keep up-to-date as planning for the year-long anniversary proceeds. 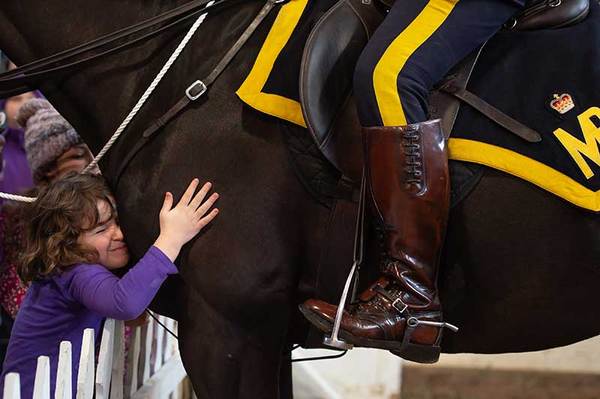 The RCMP's musical ride summer tour will be incorporated into 150th anniversary events. 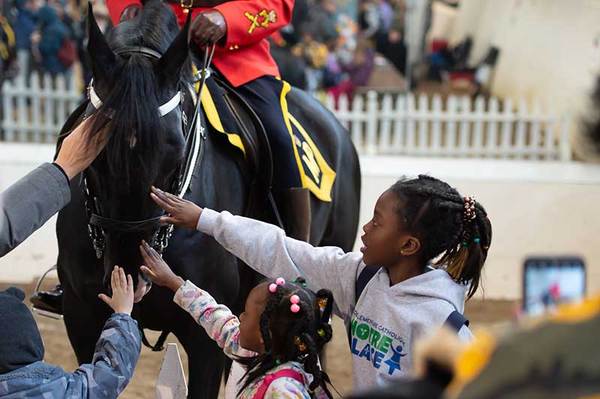 While the RCMP and its work as evolved over 150 years, its commitment to Canadians has remained the same. 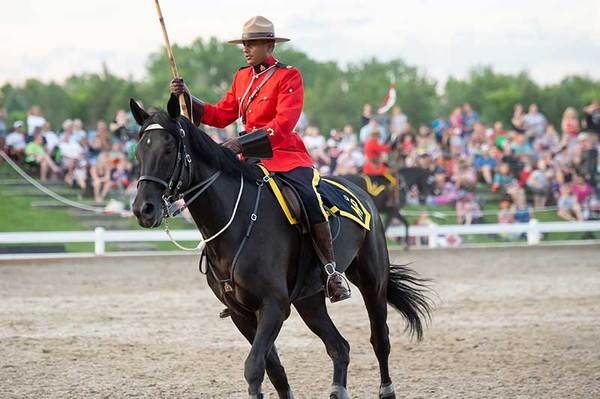 In each province and territory, the RCMP will highlight its contributions in the region and the communities they serve.