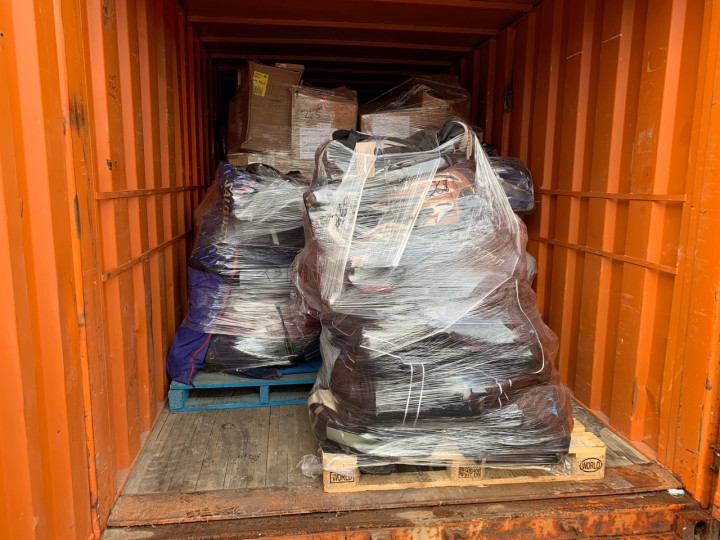 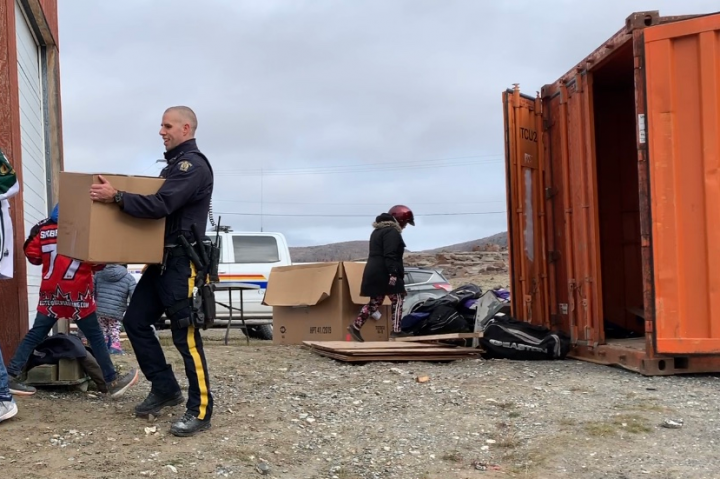 Thanks to a donation from charitable organization Sport Central and a bit of help from the RCMP, youth from Aklavik and Ulukhaktok are now fully equipped to play different sports, including hockey.

The equipment will be of very good use this weekend during the Annual Gwich'In Cup in Inuvik, where a group of young hockey players from Aklavik will hit the ice hoping to win a medal.

The arrival of gear made a big difference in sport attendance this year for both communities. In Aklavik, more kids were on the ice this year playing hockey, same as Ulukhaktok.

"As a minor hockey coach in Ulukhaktok over the past two seasons, I witnessed a lot of frustration and missed opportunity from kids as they weren't allowed to play, due to lack of equipment, or didn't want to play due to improper fits and severe wear and tear" states Cpl. Chris Whynot, Detachment Commander of Aklavik RCMP, former Constable in Ulukhaktok RCMP and hockey coach.

More than just equipment to play sport, the shipment is promoting a healthy lifestyle.

"We have witnessed a decline of youth crime rate in both communities. The hamlets and the GNWT, while offering recreation programs and healthy choices for the youth, no doubt have contributed to this result" explains Cpl. Whynot.

Aklavik and Ulukhaktok received the sports equipment in February 2019 and August 2019, respectively. It came from Sport Central, a charitable organization in Edmonton providing sports equipment at no cost to youth in need.

The donation was a joint effort from several partners, including Sport Central, the hamlets' recreation programs and the RCMP in both detachments. All transportation was donated as well.

For Ulukhaktok, the shipment involved some logistics as the destination was almost 2000 km from its point of origin. Two sea cans left Edmonton to Hay River (by road), then arrived by barge to Ulukhaktok, the farthest Northern community the charitable organization ever shipped anything.

"The community was so excited. Several people stopped by just to see the boxes of gear as they arrived" recalls Cpl. Whynot.

The communities received boxes of hockey sticks, hockey bags stuffed with equipment and goalie gear, which was enough to equip at least 200 kids with good quality equipment.

RCMP in Aklavik and Ulukhaktok would like to thank Sport Central and all the partners and community members who donated their time to make this happen.