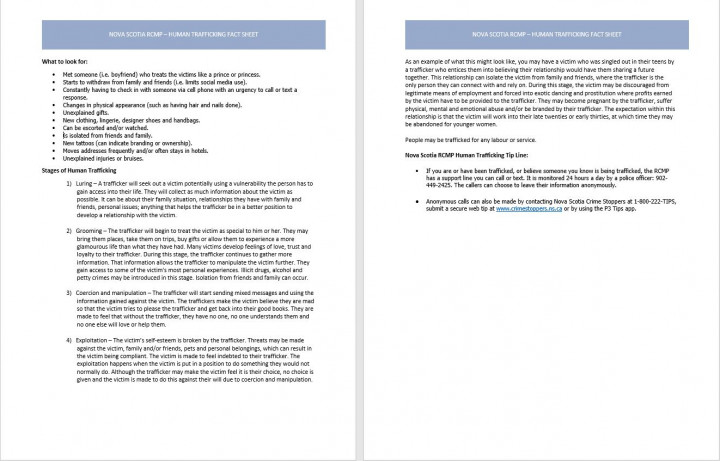 The investigation began on January 9 and resulted in the arrest of the suspect, Bradley Lloyd Clarke, 38, of Kentville on February 10. He was arrested without incident and has been charged with:

He was released following his arrest and is scheduled to return Kentville Provincial Court on March 17. The victim has been offered support regarding this matter.

The Nova Scotia Human Trafficking Team lead the investigation and was assisted by Kings District RCMP and Kentville Police Service. One of the mandates of the Nova Scotia Human Trafficking Team is to educate the public that purchasing sexual services is a criminal offence. By educating the public, the Team is helping to curb the demand for sexual services.

If you are or have been trafficked, or believe someone you know is being trafficked, the RCMP has a support line you can call or text. It is monitored 24 hours a day by a police officer: 902-449-2425. The callers can choose to leave their information anonymously. Anonymous calls can also be made by contacting Nova Scotia Crime Stoppers at 1-800-222-TIPS, submit a secure web tip at www.crimestoppers.ns.ca or by using the P3 Tips app.