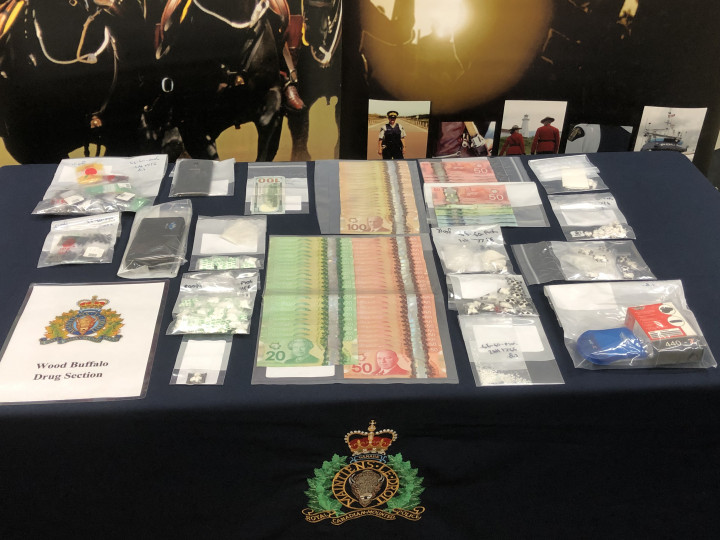 The Wood Buffalo Drug Section conducted an investigation, which resulted in the arrest of a local suspected drug trafficker.

"The removal of these drugs from our streets is a significant win for the community, the police and potentially affected families," says Staff Sergeant Keith Horwood, Acting Investigative Services Officer.

On Feb. 22, 2019, a 65-year-old male of Fort McMurray was arrested. Subsequent to his arrest, 14 grams of individual packages of suspected cocaine and a sum of Canadian currency was seized by police.

Assisted by Crime Reduction Unit and General Duty officers, the Drug Section executed a search warrant under the Controlled Drugs and Substance Act (CDSA) at his residence near Clearwater Crescent and Franklin Avenue in Fort McMurray. As a result of the search, RCMP seized an additional 64.4 grams of suspected cocaine and Canadian currency.

The 65-year-old male was charged with:

His next court appearance will be in Fort McMurray Provincial Court on Apr. 30, 2019.

Members of the public who suspect drug or gang activity in their community can contact their RCMP Detachment or local police. If you wish to remain anonymous, you can call Crime Stoppers at 1-800-222-8477 (TIPS), report online at www.P3Tips.com or use the "P3 Tips" app available through the Apple App or Google Play Store.