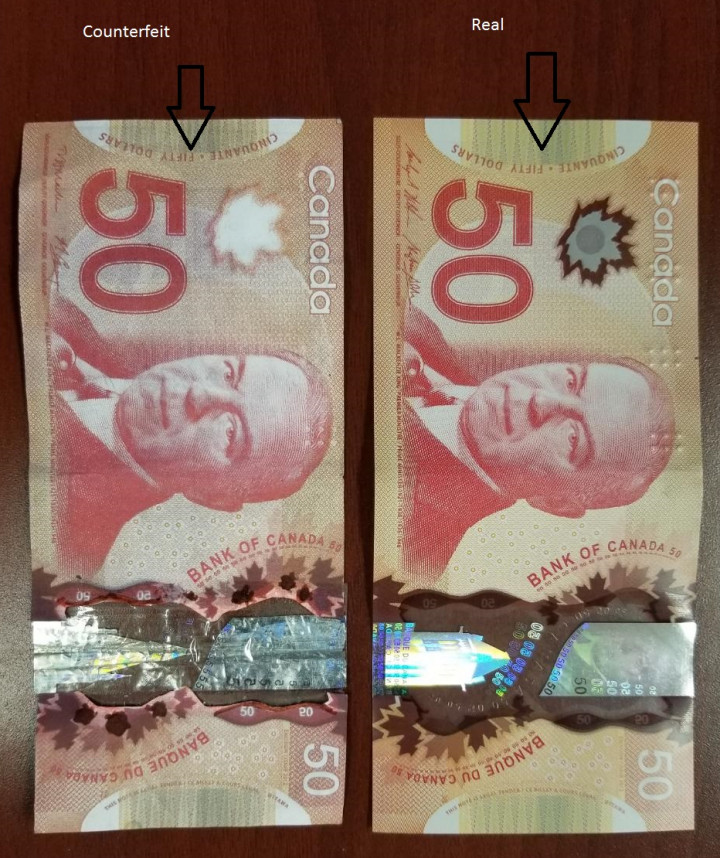 The Southeast District RCMP is urging business owners to be vigilant after receiving recent reports of counterfeit $50 Canadian bills that are currently being circulated in Shediac, N.B.

The first counterfeit bills were reported on July 25, 2019, when a local bank contacted police after getting a counterfeit $50 deposited at their institution. Since then, two other incidents involving counterfeit $50 bills have been reported.

Investigators believe purchases are being made with the counterfeit money in order to receive real currency in exchange.

All of the bills have similar identifying marks indicating they are fake.

The RCMP is reminding local merchants and their employees to examine and verify all currency that is given to them, and to report any suspicious bills to their local RCMP detachment.

For more information on detecting counterfeit bills and what to do if you receive one, visit the RCMP's webpage about counterfeit activity in Canada.