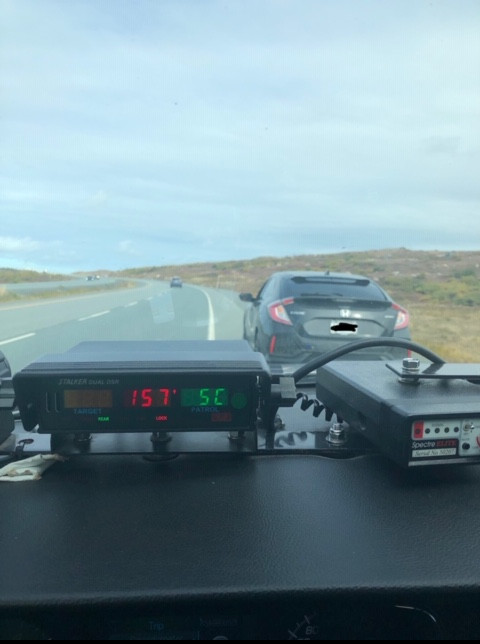 On October 19, 2019, Traffic Services East were on patrol on the Trans-Canada Highway near Witless Bay Line conducting enforcement of the Highway Traffic Act.

At approximately 1:00 p.m., police observed a vehicle travelling eastbound at a high rate of speed and locked in a radar reading of 157 km/hr in an 100 km/hr speed zone, putting the vehicle at 57 km/hr over the posted limit. Police conducted a traffic stop.

The driver, a 23-year-old man from Twillingate, was ticketed under the Highway Traffic Act for exceeding the speed limit by more than 51kms/hr. Police seized and impounded the vehicle for three days and suspended his driver's license for seven days.

RCMP NL reminds drivers to obey the posted speed limit. Consequences for a first offence of excessive speeding include a fine of $520.00, on-the-spot three-day impoundment of a vehicle and a seven-day suspension of a person's driver's licence.