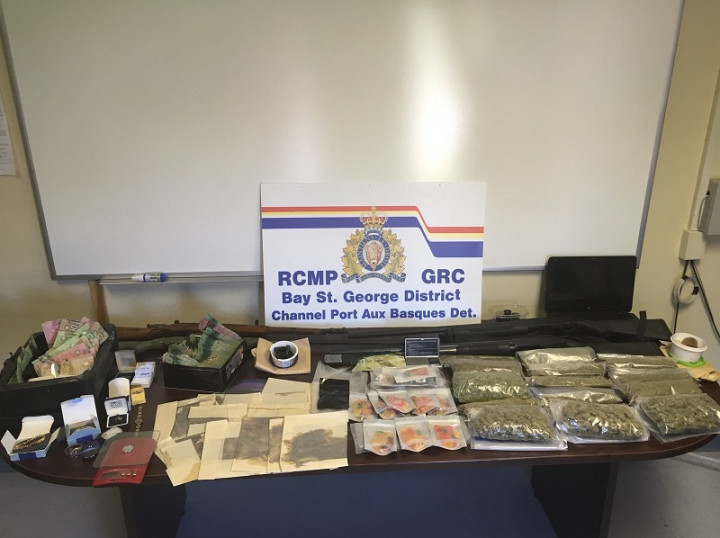 During the week of August 27–31, 2019, the Bay St. George and Channel-Port-aux Basques RCMP Detachments commenced Project Bullfight, an operation targeting individuals involved in drug trafficking on Newfoundland's west coast. The detachments were supported by the RCMP Federal Serious and Organized Crime units from St. John's and Gander and RCMP Police Dog Services.

As a result of the operation, police executed judicially authorized search warrants issued under the Controlled Drugs and Substances Act and the Cannabis Act in six communities, including Lourdes, Three Rock Cove, Stephenville Crossing, Flat Bay, Port-aux Basques and Searston. Police seized over $62,000 worth of illicit drugs and substances, including cocaine, prescription pills, cannabis and cannabis resin, as well as over $90,000 cash as proceeds of crime, seven firearms and ammunition, as well as other evidence related to the illicit trafficking of drugs and cannabis.

Other evidence indicative of drug trafficking

Those charged range in age from 18–59 with the following charges:

All individuals arrested have been released and will appear in court at a later date.

Project Bullfight demonstrates the RCMP's ongoing commitment to safeguarding the individuals, families and communities of Newfoundland Labrador. The RCMP will continue to investigate those who choose to profit from illicit activity throughout the province.