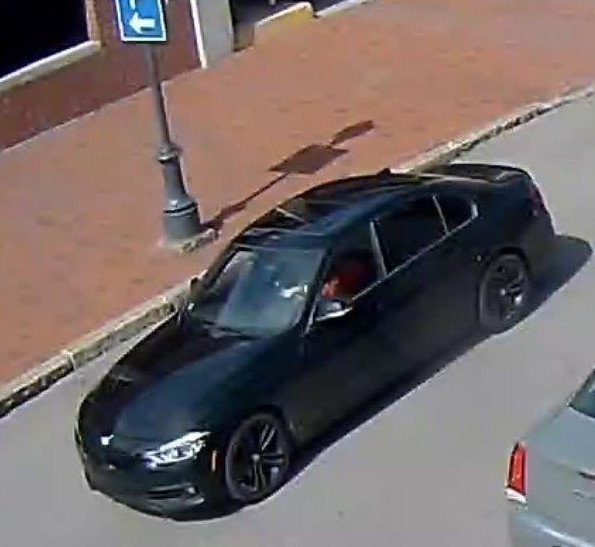 The New Brunswick RCMP's Major Crime Unit is asking for the public's help to identify the driver of a car in connection with the investigation into the homicides of two Dieppe residents in September.

The car, pictured here, is a black, four-door BMW sedan, with black rims. The driver is male, possibly in his late 20s or early 30s.

On September 3, 2019, around noon, the black BMW car was observed parked on Alma Street in Moncton. The driver, who was wearing a red hooded sweatshirt and light-coloured jeans, crossed the road to use a payphone. He then returned to the car and drove away toward Main Street.

Anyone with information about the black BMW car pictured here, the registered owner of the vehicle, or the driver is asked to contact the RCMP's Major Crime Unit at 506-857-2400. Anyone with other information that could assist the investigation is also asked to contact police. You can also provide information without using your name through Crime Stoppers at 1-800-222-TIPS (8477), or www.crimenb.ca.