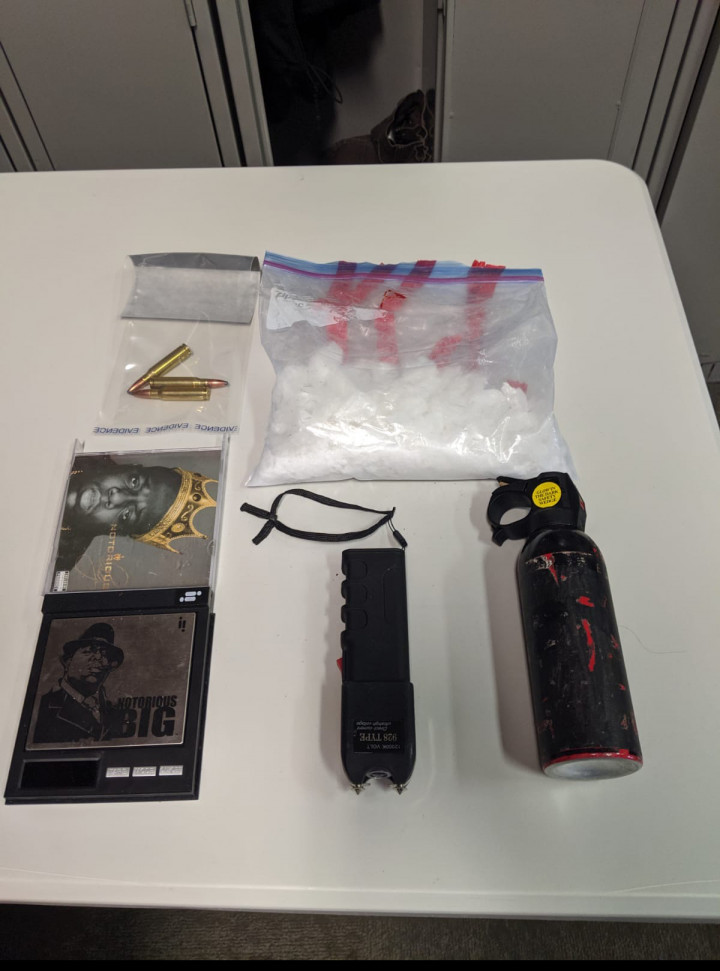 On Oct. 29, 2019, officers from the Prince Albert Integrated Street Enforcement Team located and arrested a 35-year-old male and a 25-year-old female on the Mistawasis First Nation near Shellbrook, SK.

Narcisse Paul Bear was wanted on a Canada-wide warrant since Aug. 8, 2019, for breaching the conditions of his parole and for being unlawfully at large. Officers located Bear driving a vehicle on the Mistawasis First Nation. Shay Watson was an occupant of the vehicle at the time of Bear's arrest. Watson was arrested for Breach of Recognizance for violating the conditions of her release on previous charges.

A subsequent search of the vehicle resulted in the seizure of 1.1 lbs of methamphetamine, 3.7 grams of crack cocaine, over $5000 cash in Canadian currency, weight scales, four cell-phones, bear spray, ammunition, and a homemade conducted energy weapon.

Bear and Watson made their first court appearance in Prince Albert Provincial Court on Oct. 30, 2019.