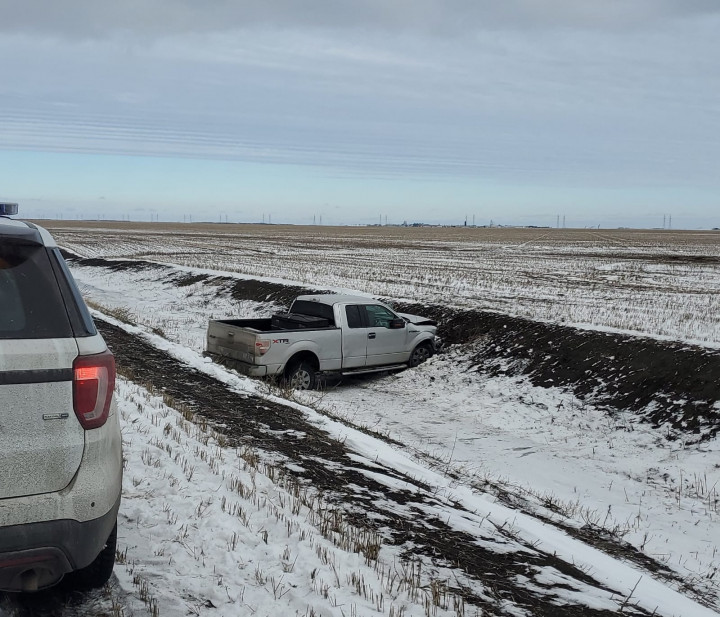 On November 14, 2019, at approximately 10:30 am, Headingley RCMP responded to a report of a break and enter in progress at a residence on Highway 26 in the RM of St. Francois Xavier.

The homeowners, who were out of the country, were alerted by their security system that their home was being broken into. The homeowners contacted police and nearby relatives.

As the nearby family members attended the residence, they saw two suspects exiting the home with stolen items. The suspects then fled the scene. The family members followed the suspects in their vehicle and provided updates to police.

Responding officers located both vehicles on Highway 26 at which time the vehicle with the suspects attempted to evade police. The suspects drove into a farmer's field, blew a tire, and struck an embankment.

Two suspects exited the vehicle and fled on foot but were apprehended a short distance away.

The suspects suffered injuries from the collision and were taken to hospital.

The suspect vehicle was stolen out of the RM of Springfield and a substance believed to be meth was found inside the vehicle.

A 19-year-old female and a 27-year-old male, both from Winnipeg, are facing numerous charges including Break and Enter, Flight from Police and Possession of Stolen Property. Both also have outstanding warrants of arrest from other jurisdictions.

As the suspects sustained injuries requiring admittance to hospital, the IIU was immediately notified and are investigating.