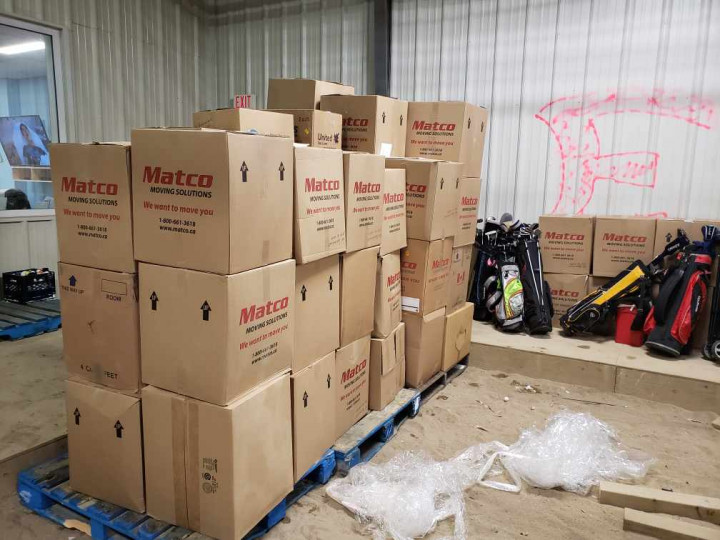 It was an early Christmas in Fort Providence this week when a truck load full of sports gear, valued at $ 200,000, arrived in the hamlet.

The donation came from Sports Central, a charitable organization in Edmonton providing sports equipment at no cost to youth in need.

Corporal Cagri Yilmaz, Detachment Commander of Fort Providence RCMP, partnered with Edward Landry, coach for Fort Providence Minor Hockey, and reached out to Sports Central a few months back hoping to give sports gear to the local youth.

"I wanted to help our kids. Team sports can boost kids' self-esteem, coordination and general fitness, and help them learn how to work with other kids and adults" states Cpl. Yilmaz.

The coach of Fort Providence Minor Hockey is overwhelmed by the donation. "We have been praying for something like this to happen. To have an organization donating to a small northern community like us, it's awesome", states Edward Landry.

"I am really hoping to have 50 kids playing hockey this year, adds the coach.

The hockey equipment will be distributed on the evening of Thursday, November 21st, in preparation for the hockey season which should start next week, when the ice is ready at the local arena.

All the other sports equipment will go to Deh Gáh Elementary and Secondary School and the Hamlet of Fort Providence.