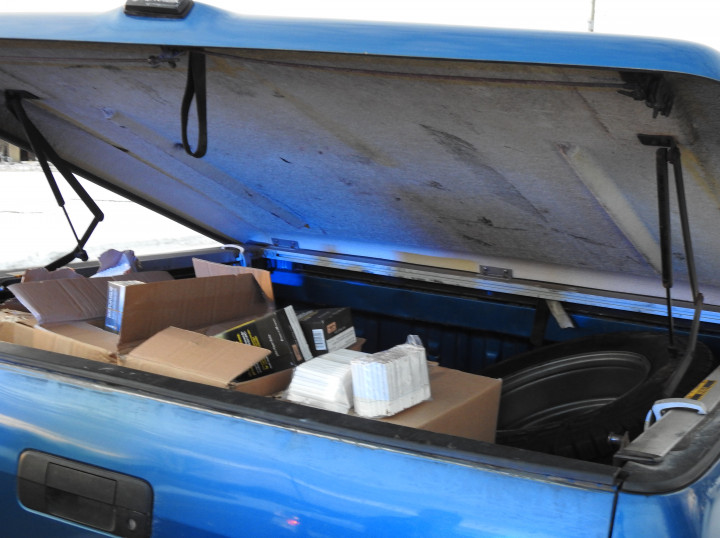 On November 20th, 2019, following an investigation under the Excise Act (2001), members of the RCMP Cornwall Detachment stopped a vehicle suspected of transporting contraband tobacco on County Road 31 in South Dundas, Ontario. A search of the vehicle resulted in the seizure of 28,200 cigarettes not stamped in accordance with the Excise Act (2001) and 4,400 cigarettes not stamped in accordance with the Ontario Tobacco Tax Act. The vehicle, a 2007 Toyota Tundra, and a large amount of money were also seized by police. The driver of the vehicle, Jack Graham Durant, 81 years old, from Chesterville, ON, was arrested and charged for Possession of Unstamped Tobacco pursuant to Section 32(1) of the Excise Act (2001). He was released from custody on a Promise to Appear, and is scheduled to appear at Cornwall Court on February 4th, 2020. Durant also faces charges under the Ontario Tobacco Tax Act.